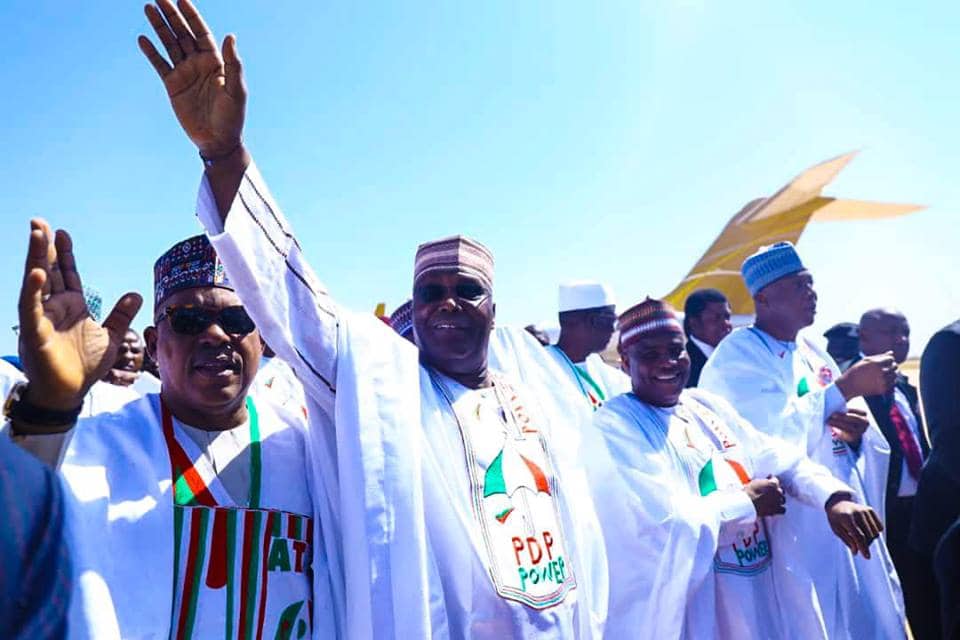 The Presidential candidate of the Peoples Democratic Party (PDP) in the 2019 Presidential election, Atiku Abubakar, has praised Umaru Musa Yar’Adua, a former president, who died in office 2010, nine years ago today.

Naija News recalls that Yar’Adua was the second civilian president under Nigeria’s current constitution after winning the 2007 Presidential election.

Yar’Adua, who led Nigeria for 3 years, died aged 58 in Saudi Arabia and was flown back for burial. The known cause of death was pericarditis, inflammation of a membrane around the heart.

Remembering the former President in a statement personally signed by him and sent to Naija News, Abubakar said: “Nigeria lost a man of peace and a leader with a vision.”

The statement reads in full: “On May 5, 2010, Nigeria lost a man of peace and a leader with a vision in the person of President Umaru Musa Yar’Adua.

“The late President Yar’adua was a man I was closely connected to. First, because his late brother, the great Tafida of Katsina, Shehu Musa Yar’Adua, was my political mentor who taught both myself and Umaru, the ropes in politics.
“Obviously, with Umaru, the apple did not fall far from the tree.  And secondly, because we worked very, very closely when he was the Governor of Katsina State at the time I was Vice President to our leader, President Olusegun Obasanjo.
“In this period where Nigeria is facing almost unprecedented violence and insecurity, the world will remember that it was President Yar’Adua who bequeathed peace to the Niger Delta through his futuristic and visionary amnesty and rehabilitation programme.
“That single action saw an unprecedented improvement in the performance of Nigeria’s oil and gas industry which led to record-breaking 5% GDP growth.
“Beyond that, Umaru Musa Yar’adua was an advocate and proponent of the Rule of Law and the doctrine of Separation of Powers. His was the only administration that did not suffer from Executive-Legislative tensions in this Fourth Republic.
“I am proud of what he achieved and the fact that such a decent leader was produced by my political family (the Yar’adua political family) and my political party (the Peoples Democratic Party).
“May the Almighty Allah continue to shine His Noor (Light) on the face of our late dear President Umaru Yar’Adua as we mark 9 years of his passing and may Allah (SWT) grant him al-Jannah Firdaus.
“I also pray that God continues to bless the family he left behind. A grateful nation appreciates the labours of their beloved son almost a decade after his passing.”