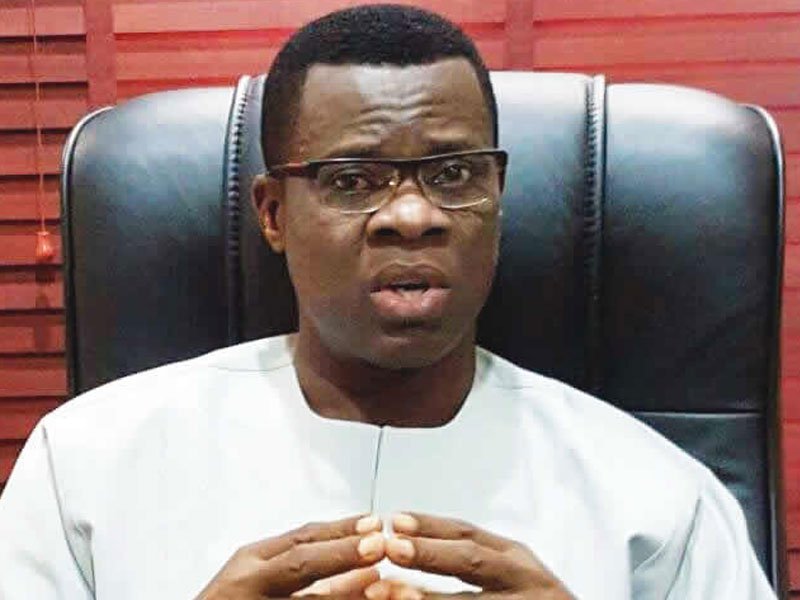 Naija News recalls that the legal team of Nsima Ekere, the APC governorship candidate in Akwa Ibom State, led by Victor Iyanam, had accused INEC of frustrating their case by denying them access to materials used in the election.

Reacting, the Akwa Ibom REC said the ruling party was lying that it has been denied access to materials used for the last governorship election in the state.

According to him, the APC leaders were deceiving the public to gain sympathy in order to get federal appointments.

Igini, who made this comment during an interview with The Sun newspaper, said the ruling party failed to honour an appointment to inspect the materials but resorted to issuing press releases and addressing press conferences that they were denied access.

“They also go to the tribunal to remain in the media for a long time because by virtue of Section 285, you will need to spend about 180 days in the tribunal and 60 days each in the Court of Appeal and Supreme Court. So, if you still have an intention to contest another election, you remain in the public domain for a very long time.

“And finally, you know on the 29th on this month, there will be exchange of baton; new governors will be sworn in. The president also will have to be sworn in for the second time. There is going to be a cabinet constitution. So you need to make noise in any of your jurisdiction now so that they can hear you.

“In fact, currently, I can tell you, this is the one that is being applied in so many of the states right now. And in this state, I am aware that they are going to up their media engagement as from next week,” Igini said.

READ ALSO  New Year Message: Why 2019 Was Not A Successful Year For Nigerians- Atiku Reveals