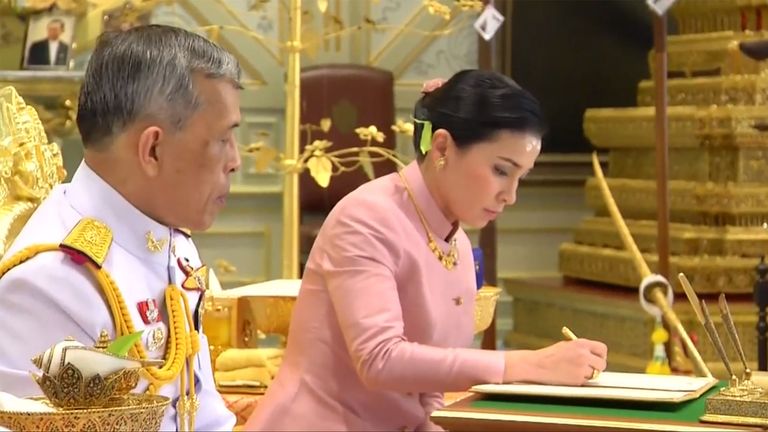 King Vajiralongkorn Names Suthida Tidjai Queen Ahead Of His Coronation

The King of Thailand, Maha Vajiralongkorn has married Suthida Tidjai, the deputy head of his personal security detail, and given her the title of queen, a royal statement said.

This announcement which is a surprise comes ahead of his elaborate coronation ceremonies beginning on Saturday when his position is consecrated.

King Vajiralongkorn(66), became the constitutional monarch after the death of his much-loved father in 2016.

He has been married and divorced three times before and has seven children.

A royal statement said: King Vajiralongkorn “has decided to promote General Suthida Vajiralongkorn Na Ayudhya, his royal consort, to become Queen Suthida and she will hold royal title and status as part of the royal family”.

Queen Suthida is King Vajiralongkorn’s long-term partner and has been seen with him in public for many years, though their relationship has never before been officially acknowledged.

Footage from the wedding ceremony was shown on Thai TV channels late Wednesday, showing other members of the royal family and palace advisers in attendance.

The king is seen pouring sacred water on the head of Queen Suthida. The couple then signs a marriage registry. 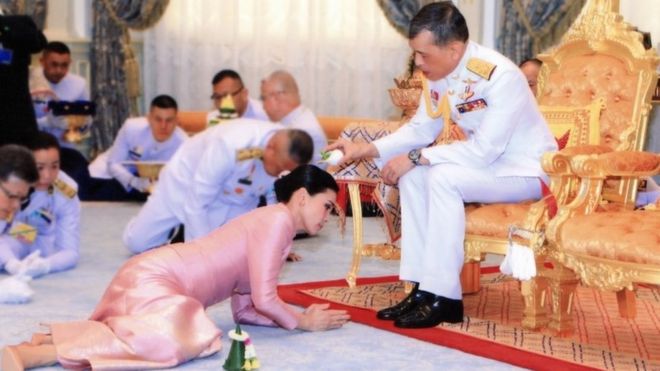 In 2014 Vajiralongkorn appointed Suthida Tidjai, a former flight attendant for Thai Airways, as the deputy commander of his bodyguard unit. He made her a full general in the army in December 2016.

The previous king, Bhumibol Adulyadej, ruled for 70 years, making him the longest-reigning monarch in the world when he died in 2016.