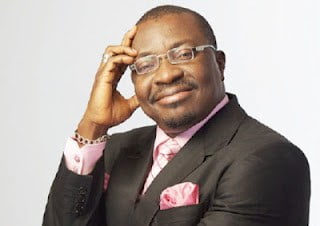 Popular Nigerian comedian and king of comedy, Alibaba has broken out of his silence to speak on the act of internet scamming, perpetrated by online fraudsters, popularly known as Yahoo Boys.

Naija News understands that Alibaba while advising Yahoo boys and their supporters, warned the internet fraudsters to avoid him because he only wants to associate with people who lift him up.

The advice to Yahoo Boys comes after the ace comedian had shared a post earlier in which he rained curses on internet fraudsters who pop champagne with money stolen from hard-working people.

He condemned the act of internet scamming and it perpetrators, a development that has continued to trail reactions.

His reaction to internet scamming seems not to go well with some people as they claim that these Yahoo Boys are some of his biggest supporters in the country and beyond.

Some are of the opinion that the Yahoo Boys are his biggest fans who pay millions to book tables at his shows.

In his reaction, Comedian Alibaba shared: “I am not afraid of being unfollowed. The people I want to associate with are people who either lift me up or challenge me to be better. If you are a yahoo boy or their supporter, you will do well to avoid me. You are not my benefactor. And as for followers, you don’t count.”