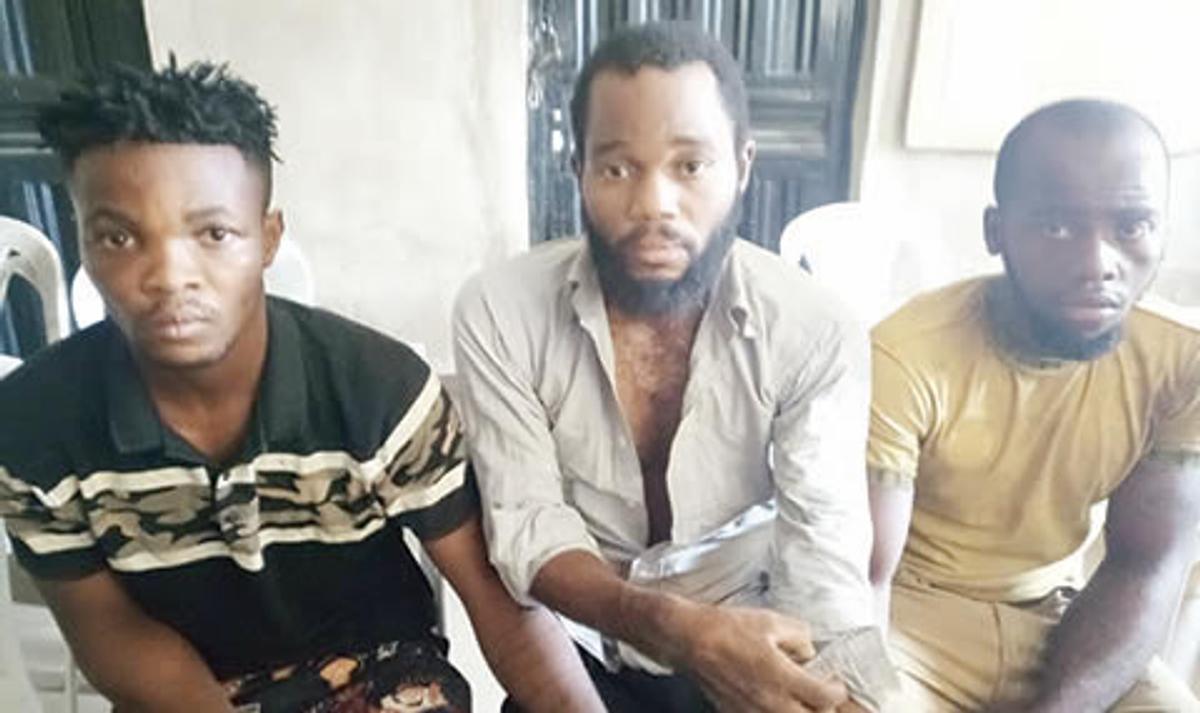 Operatives of the Special Anti-Robbery Squad attached to the Lagos State Police Command have arrested three members of a syndicate for allegedly kidnapping and killing two bureau de change operators in the Ikorodu area of Lagos State.

Naija News learnt that according to the state police command the duo were declared missing by their colleagues after they failed to return to their office. The matter was reported to the police and during investigations, three suspects – Oluwatosin Olarewaju, Mayowa Olawuni and Babatunde Idris, were arrested in connection with the crime.

During interrogation, Olanrewaju said himself and their leader identified as Pencil, who is currently at large, planned the deal.

“Our leader, Pencil, and I planned the deal. Pencil said I should convince the operators to come that an Alhaja wanted to buy $10,000. The operators came on a motorcycle and called us from Trailer Park bus stop, Odogunyan. Pencil asked another motorcycle rider to take the operators to a boys’ quarters around Odogunyan. By the time I joined them at the boys’ quarters, I met them lying down with their hands bound. Pencil asked me to lie on the floor as well to make it look like I did not have a hand in the plan.

“Pencil told them that the Alhaja they came to meet owed him $10,000 and that his gang came to collect the money. They beat up the operators and I also received my fair share of the beating to make it look real. The operators begged Pencil to stop beating them; that they would give him money for their freedom. Pencil instructed them to transfer the money into an account. But when he called to know if the money had been paid, the account holder said no.” he said

Olanrewaju said Pencil changed the game plan and killed the operators to cover up.

“At the point that Pencil changed the plan, he threatened to kill me alongside the operators if he did not receive an alert on the payment. He said he suspected I was pulling pranks by asking the person at the other end not to reveal that he had received the alert. One of the operators then suggested that another account should be given to him to pay into. That was when I contacted a nurse who treated me when I was sick. The BDC operators paid in N1.6m to that account. By 8 pm same day, Pencil and the gang members tore the operators’ clothes and used them to cover their mouths. When I asked him why he was doing that, he asked if I wanted to teach him his job. He took one of the operators to the backyard and later sent for the second one. He shot both of them dead and said that was the only way to cover our tracks since the operators already knew me.“Afterwards, we contacted the nurse and she withdrew N500,000 initially. She later gave us another N500,000 and a balance of N470,000. I got N340,000 as my share of the deal.” he said

The police say they are on the trail of the leader and that once he is apprehended, they will all be charged to court.