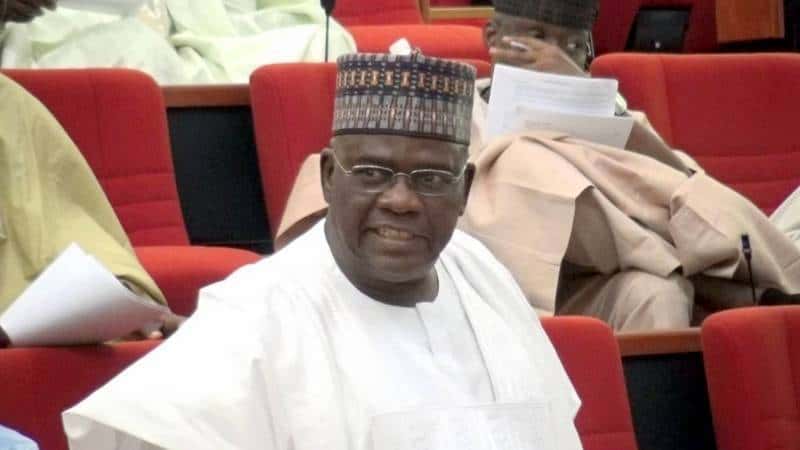 More All Progressives Congress (APC) heavyweights have joined the mediation among aspirants for Senate President.

Lawan has been endorsed by President Muhammadu Buhari and the APC.

Danjuma Goje is said to be enjoying the backing of some Peoples Democratic Party (PDP) leaders.

Following the tension created by the struggle for the seat, some APC leaders have met with Goje on the need to respect the wishes of the President and the APC.

The Chief of Staff to the President, Mallam Abba Kyari, is also believed to have met with Goje.

Goje reportedly told the delegation that he would like “to hear from the President what he wants me to do”.

It was gathered that the governors and ex-governors may facilitate another meeting between the President and Goje after the end of Buhari’s private visit to London.

According to a source, who spoke in confidence, the meeting with Goje was aimed at “having a united APC during the inauguration of the 9th National Assembly in June”.

The source told The Nation that, “the delegation met with Goje to persuade him to go along with the decision of the President and the directive of the party. We do not want a repeat of the 2015 episode.

“It was also made clear at the meeting that the President does not have any personal relationship with Lawan. He only considered Lawan’s impeccable credentials and legislative experience to recommend him to senators-elect.

“Goje has one or two observations which can be amicably resolved at all levels in a win-win situation. We are working on these issues.”

Asked of Goje’s response, the source quoted him as saying: ‘I want to hear directly from the President what he wants me to do and I will then decide.’

“We have conveyed Goje’s sole demand to the President. We are hopeful that when the President returns, he will meet with the senator.

“But the Chief of Staff to the President, Mallam Abba Kyari has also met with Goje on the intrigues over the 9th Senate leadership.

“If not for some remote forces behind the scene, we should have overcome this stress.”

Meanwhile, the APC leadership is under pressure to concede the Deputy Speaker of the House of Representatives to the Northcentral to foreclose the ambition of Hon. Ahmed Idris Wase (Plateau) and Hon. Umaru Mohammed Bago (Niger).

But some APC leaders in the Northwest have started agitating for Deputy Speaker slot for the zone.

It was, however, learnt yesterday that some APC governors are lobbying the party and forces in the presidency to allow Plateau to produce the Deputy Speaker.

The affected APC governors were alleged to be uncomfortable with Bago rated in the party as “a loyal associate of the outgoing Speaker, Rt. Hon. Yakubu Dogara.”

Said a source: “If the party leaders are to choose between Wase and Bago, they will go for the former because he commands more followership and respect among lawmakers than Bago.

“The alliance between Bago and Dogara has made the APC to be circumspect about his aspiration. So, the plot to zone the Deputy Speaker to the Northcentral is to abort his dream of leading the House.”

It was learnt that all was not well in the camp of the Peoples Democratic Party (PDP) over the choice of the Minority Leader in the House of Representatives.

“The governors have not reached a consensus on who will replace the outgoing Minority Leader, Leo Ogor.”