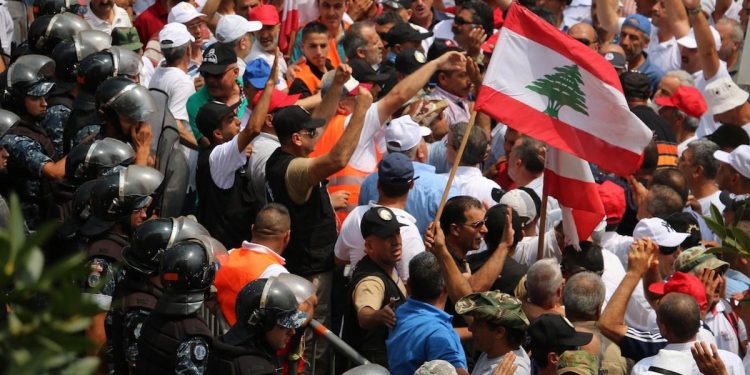 Stop The Embezzlement And Corruption, Retired Army Cry Out To Lebanese Government

Retired Lebanese army and security personnels have staged sit-ins and blocked roads in Beirut as the cabinet was set to discuss an austerity budget proposing cuts to end-of-service benefits for state employees and the army.

“We will not accept any cuts to the end-of-service benefits for army personnel or state employees,’’ the protesters shouted as they sealed off roads outside the Lebanese finance ministry.

Rtd. Brig.-Gen. George Nader called on the Lebanese government to stop wasting public funds and stop “embezzlement and corruption among the high-ranking officials,” before discussing taking money from state employees.

Lebanon’s ailing economy has one of the biggest public debt ratios in the world, equivalent to about 150 percent of gross domestic product.

Lebanese Parliamentary Speaker Nabih Berri sounded the alarm earlier this month on the economic situation in the country.

“The economic situation in the country is dangerous. We must find a way to reduce the public deficit, otherwise Lebanon will face negative consequences,’’ Berri said.