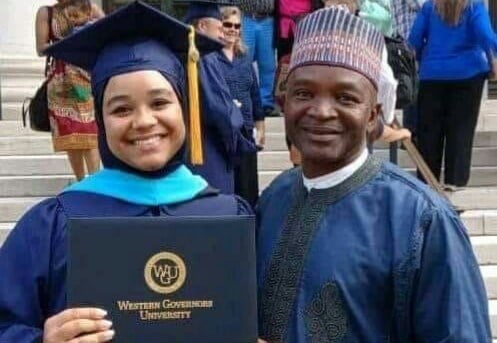 The Chairman of Universal Basic Education (UBEC), Dr Muhammad Abubakar, and his daughter have regained their freedom.

Naija News reports that the duo regained freedom a few hours ago according to Shehu Sani, a senator representing Kaduna central at the Nigerian Senate.

The Kaduna central lawmaker tweeted: “Today I raised a point of order in respect of the kidnapping of Dr Muhammad Mahmud and his daughter on the floor of the Senate, and I’m glad to hear that his family ultimately secured his freedom.”

Today I raised a point of order in respect of the kidnapping of Dr Muhammad Mahmud and his daughter on the floor of the senate;and I’m glad to hear that his family ultimately secured his freedom.

This online news platform recalls that bandits on Monday, blocked the Kaduna-Abuja expressway, forcing several motorists to abandon their vehicles and head for nearby bushes to avoid being abducted.

The development, Naija News learned also led to the abduction of many travellers, including UBEC Chairman and his daughter.

It was gathered that the driver of the UBEC chairman was said to have been shot dead when the bandits opened fire on their vehicle.

The development which left many motorists and passengers unaccounted for just as their belongings were carted away by the kidnappers, came after the acting Inspector General of Police (IG), Mohammed Adamu, assured travellers on Kaduna-Abuja expressway of their safety.

Naija News learned that the incident happened a few kilometres to Katari village in Kagarko Local Government Area of Kaduna State at about 3.30 p.m.

Hundreds of motorists travelling from Kaduna to Abuja as well as those going the other way found themselves stranded for more than 40 minutes as both lanes of the expressway were blocked by cars hastily abandoned by their owners.