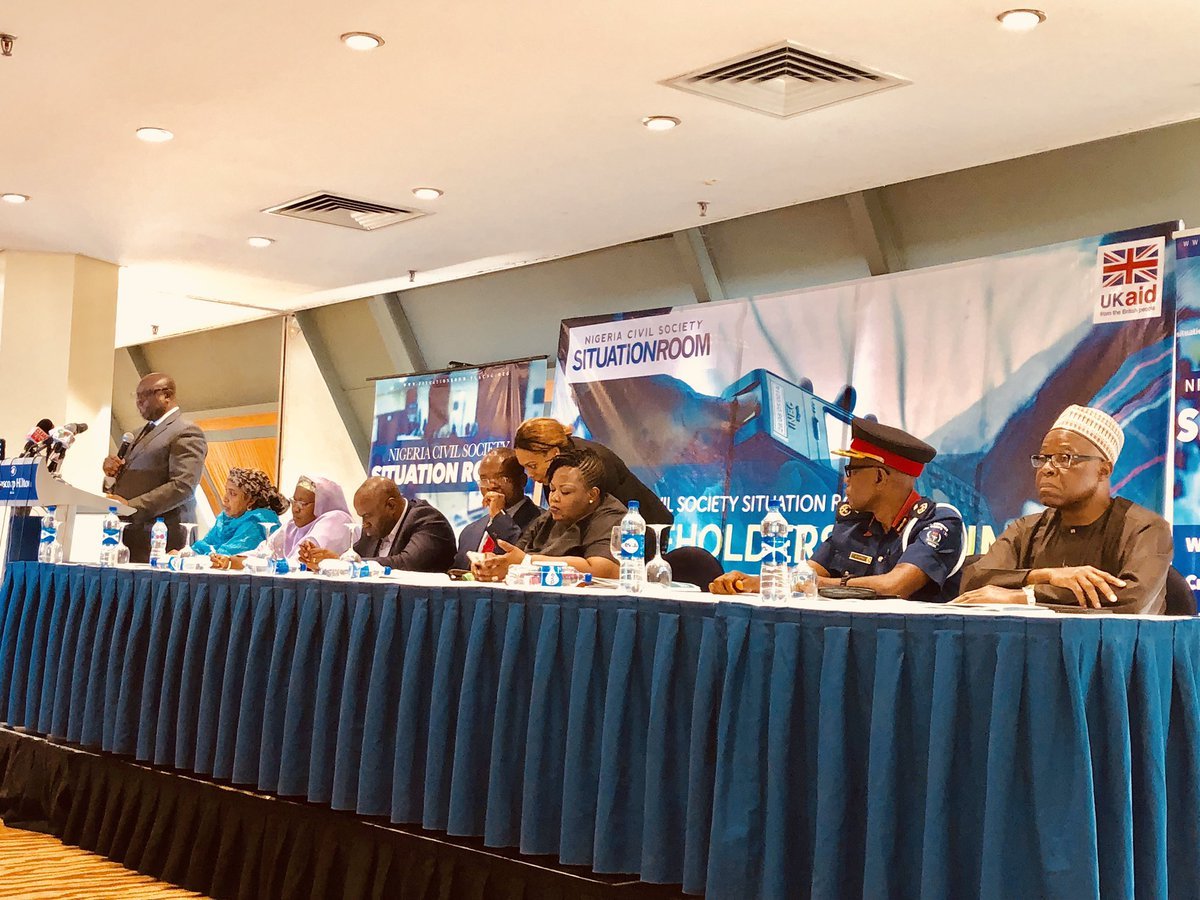 The Independent National Electoral Commission (INEC), Nigeria’s electoral umpire, has called for decisive actions against electoral offenders in the country.

Naija News reports that the Chairman of INEC, Prof. Mahmood Yakubu, made this known at the Nigeria Civil Society Situation Room Stakeholders’ Forum on Future of Elections in Nigeria, organised by a Coalition of Civil Society Organisations (CSOs), in Abuja, Nigeria’s capital.

At the meeting, Yakubu said the commission was in full support of the establishment of Electoral Offences Commission to punish offenders.

His words: “It is time to take decisive action to break the cycle of impunity through the promulgation of an Electoral Offences Commission/Tribunal to handle matters relating to electoral offences.

“The commission has made it clear that it lacks the capacity and wherewithal to continue the prosecution of electoral offenders.

“And it is for this reason that the commission supports and will continue to support the creation of an Electoral Offences Commission/Tribunal to process, arrest, investigate and prosecute electoral offenders,’’ he said.

He said that INEC was set to design strategies to checkmate the act of vote buying and selling.

Yakubu said that vote buying and vote selling did not only undermine the cardinal democratic principles of representation, accountability and participation but compromised the inalienable rights of voters to free choice.

The INEC Chairman said the commission redesigned the entire environment where polling units were located to ensure that vote buyers did not gain access to the voters and compromise the secrecy of the votes in the 2019 elections.

“So I believe that both the civil society groups and organisations, the media, the security agencies and all the critical stakeholders must work in synergy to make sure that the secrecy of the vote is protected at all times.

“I believe that guaranteeing the secrecy of the vote and making sure that the votes count is not only the function of INEC but it involves all the critical stakeholders in the election process.’’

On the other hand, convener of Situation Room, Mr Clement Nwankwo, said the 2019 elections came with a lot of irregularities and raised questions that CSOs needed answers to, such as the postponement of elections few hours to polls.

Nwankwo said there were situations where election officials were left fearing for their lives and being threatened or in most cases brutalised by the military.

According to him, in most cases, the nature of voter suppression deliberately disenfranchises many voters.

Nwankwo said that with the elections, having gone the way they did, it was a good opportunity for the electorate to begin to ask questions, not to blame people but talk about people taking responsibility for some failures.

“On the part of civil society, yes we must take responsibility for not finding a mechanism of investigating and reporting on the assurances that INEC was giving to us so; we were all caught napping.

“On the part of INEC, I think there is a huge important need for it to take responsibility for failures that are very manifest and blatant and unacceptable.

“And one of those failures is the nature, quality and character of the voter register that we have in Nigeria today.

“We did have a situation where INEC reported a voter register of about 84 million and then suddenly this decreased just before the elections.

“And then there were discrepancies regarding the numbers that were actually supposed to be on the voter register.’’

The Situation Room convener said Nigeria could not afford to continue in the light of that direction.

Nwankwo said there was an important need for reflections on what needed to be done to pull the nation back from the depth into which it had sunk and to save democracy.

“As citizens of the country we have a responsibility to pull this back and that is why we are asking for a review and questions as to what happened in the 2019 elections because it was not what we asked for.

He urged INEC to launch an investigation into what happened in the 2019 elections to join forces with CSOs to ask questions on what happened.

He said that for instance, ballots papers were printed in currency quality from abroad and so transportation alone was a great challenge.

Ibeanu advised that going forward, there was a need to consider the decentralisation of the electoral process for effective management.