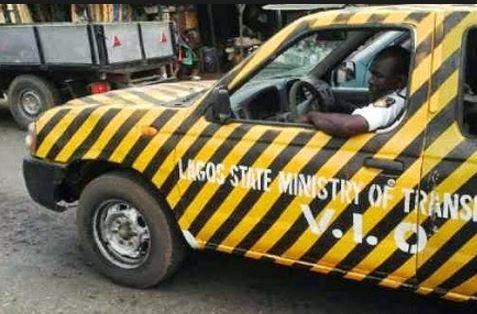 Officials of the Lagos state Vehicle Inspection Service (VIS) are back to Lagos roads to check rickety, overloaded and unregistered vehicles.

Adebayo said that the VIS in Lagos had adopted a new operation system of carrying out vehicle inspections in the state.

“The VIS personnel are on the road doing random checking of only unregistered, overloaded and rickety vehicles.

“That is our new arrangement of enforcement now and also checking people that are covering their number plate; you know when they are doing that, they easily use that to perpetrate evil.

“The agency is now operating one of the best practices in the world in vehicles inspection,” he said.

The VIS boss also told NAN that the new Automatic Number Plate Recognition (ANPR) has been introduced and is also aimed at helping the officials in detecting vehicles with expired particulars.

Adebayo said that 24-hour camera was being handled by a special squad to monitor the service.

“We can compare ourselves with other parts of the world now because we are taking enforcement to the doorsteps of the offenders.

“The technology is everywhere in Lagos so we urge the motorists to do the needful, abide by the rules and regulations of driving in the state to avoid facing the penalty attached to any offence,’’ he added.

The VIO seems to be returning back to function on Lagos roads after the service was suspended earlier due to the near to overzealous activities of the operatives of the VIO in time past.

As VIOs had in time past arrested offending vehicles on Lagos roads and thereby helping motorists to maintain safety on the roads in Lagos, some accidents in the state have also been traced to the VIO officials as being the cause.

Recall that accidents on Lagos roads sometimes occur when erring motorists try to evade being arrested for by the VIO officials.