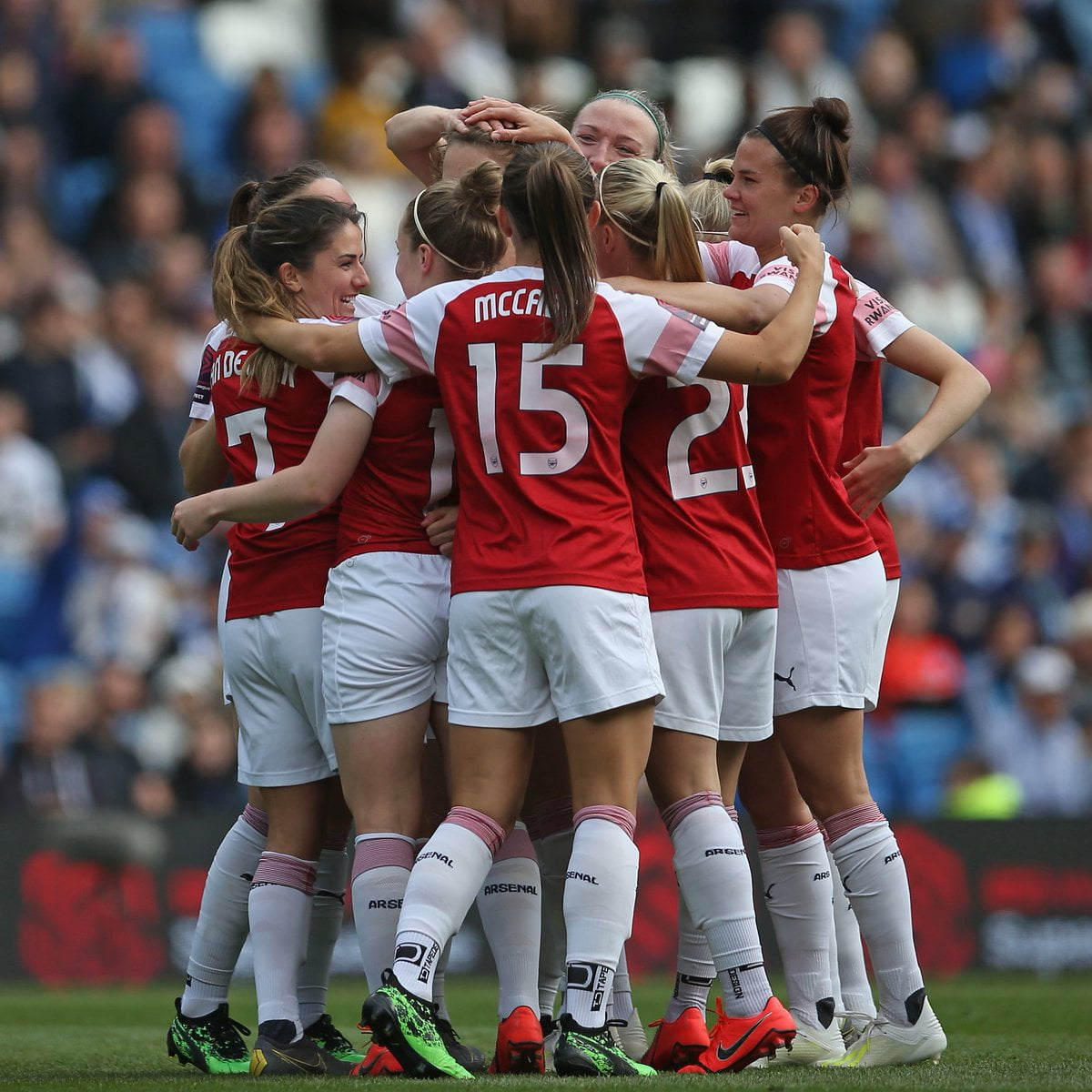 Arsenal added another trophy to their cabinet as their female team clinched the Super League title for the first time since 2012 with a 4-0 victory over Brighton & Hove Albion on Sunday.

Vivianne Miedema opened the scoring with her 22nd goal of the season after six minutes, and then the 22-year-old turned provider when she set up team-mate Katie McCabe to double the lead for Joe Montemurro’s side at the Amex Stadium.

Our seven-year wait is finally over…

Amid all the madness of yesterday, it’s easy to forget we set a new @FAWSL record attendance (5,265) ?

Beth Mead made it 3-0 with a superb long-range effort and Danielle van de Donk put the icing on the cake with the fourth and final goal.

After the game, Arsenal manager Joe Montemurro in a statement, was full of praises for his players. He said:

“To coach an Arsenal team to a championship as an Arsenal fan is mind-boggling,” he said. “It’s something I’d never have thought about in growing up and becoming a coach. I’m very proud and very honoured to be here as an Arsenal coach.

? “To coach an Arsenal team to a championship as an Arsenal fan is mind-boggling. It’s something I’d have never thought was possible growing up…” @MontemurroJoe ❤️ pic.twitter.com/f0cJVT3YtW

“Winning the title means a lot because we’ve had an interesting year. They’ve come together as a group and there’s been a lot of adversity with regards to the injuries and so on. As a group, the love and the respect they have for each other really culminates in what we’ve achieved today.

“I’m very proud of the way we did it with control, defined our own destiny. We didn’t have to rely on other teams dropping points or anyone else losing. It was just us and that’s all credit to the players who were prepared every week and bought into the philosophy and methodology of play. They’ve represented Arsenal in the best way possible.”