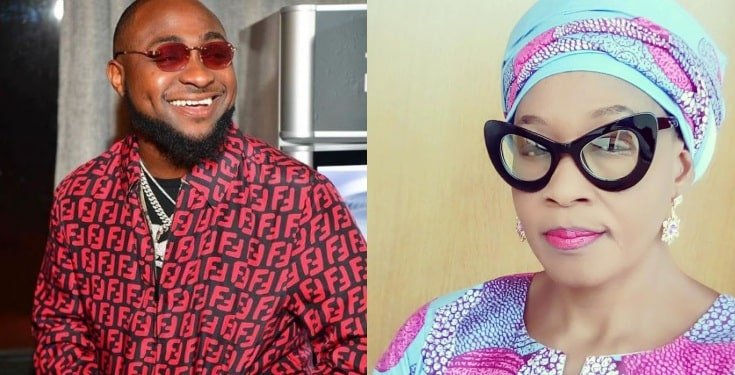 Kemi Olunloyo claims that Davido is now broke after he paid about $15M for radio airplay in the cause of his radio tour in the US.

She made the claim while reacting to a viral video that had since been making the rounds on the internet, reportedly showing the singer an Uber.

In her reaction, she said regular artists do not have to pay for radio airplay, adding that Davido is now broke and that is why he took Uber from the airport to his home.

In her words, she said; “Davido paid $15M to many US urban radio stations to play his songs on a 60 day media tour. This act is called #Payola. Ur songs are pushed so hard to land u on the charts. Regular artists don’t have to pay for radio play. He’s so broke now he took a Uber from the airport home.”

See Her pot below 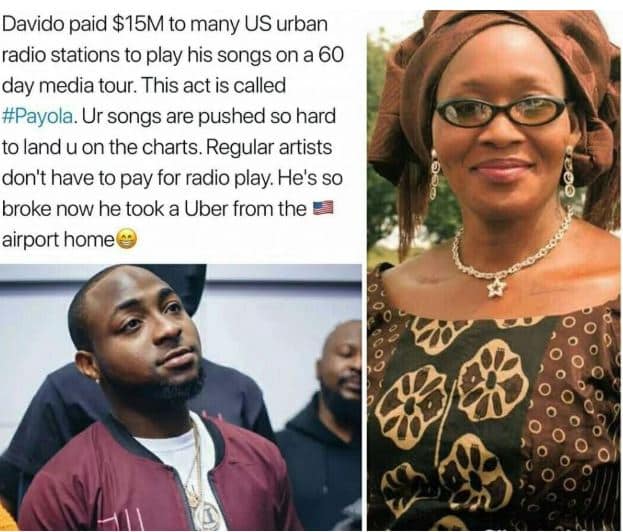