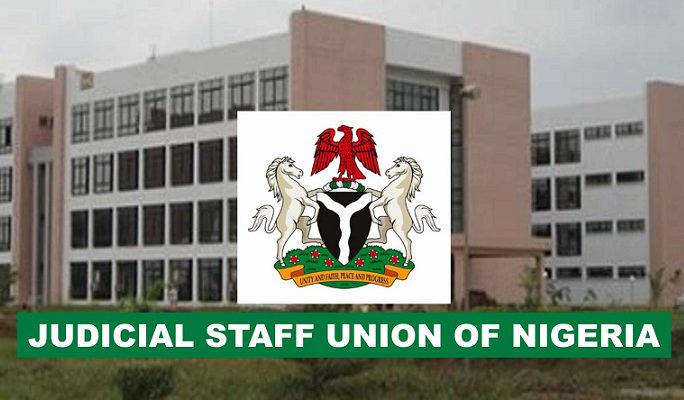 The Kogi state chapter of the Judiciary Staff Union of Nigeria (JUSUN) has called off its over four months strike in the state.

This online news platform understands that the suspension is coming barely one week after the National Judiciary Council (NJC) wade into the impasse between the Executive and the Judiciary in Kogi State.

Naija News recalls that the judiciary workers in the state embarked on an indefinite strike on 11th December 2018, following a disagreement between the management and the executive arm of the Kogi State Government on proposed screening to audit its workforce.

Naija News reports that the suspension is coming after a powerful delegation of the National Judicial Commission met with the executive arm of government led by Governor Yahaya Bello, where it was resolved that the strike should be suspended to give room for further deliberations.

Other resolutions between the two party were that a committee should be set up between the Executive and the Legislature to work out the modalities for the payment of salary arrears.

The statement read in part, “Fellow member, as you all know, various mediators including the Kogi State Elders Forum, Traditional Rulers, Christian Association of Nigeria, Jama’amatul Nasirul Islam and other Government representatives agents waded into the matter but could not resolve as the union and the government could not reach consensus.

“However, as you have heard, the National Judiciary Council (NJC) in their quest to resolve the impasse sent a sub committee to the state and among other things were able to wade into the matter with the view for amicable resolution.

”JUSUN on their part considered the NJC as the apex body that regulate the conduct and administration of the Judiciary in Nigeria, therefore has confidence in them that the matter has finally been put to rest.

“Also, in consultation with the Sister Association in the Kogi State Judiciary, Example Magistrate Association of Nigeria (MAN), and Association of Inspectors and Area Court Judges (AIAJA) are also in agreement with the position of JUSUN. Therefore, the strike is hereby suspended with effect from Monday the 29th April 2019,” the statement added.