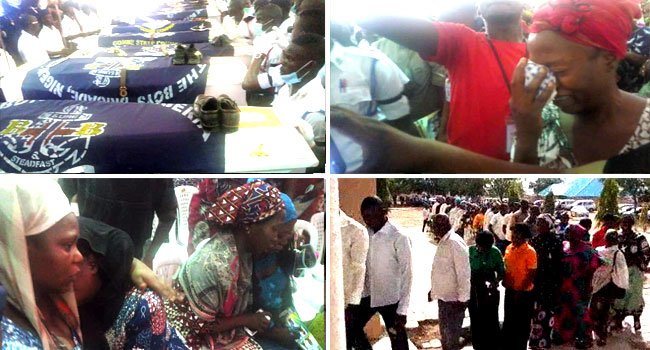 The slain members of the Boys and Girls Brigade in Gombe State have been laid to rest.

Naija News learnt that a  funeral service was conducted in their honour on Saturday at the Christian Association of Nigeria (CAN) Centre in Gombe, the state capital. 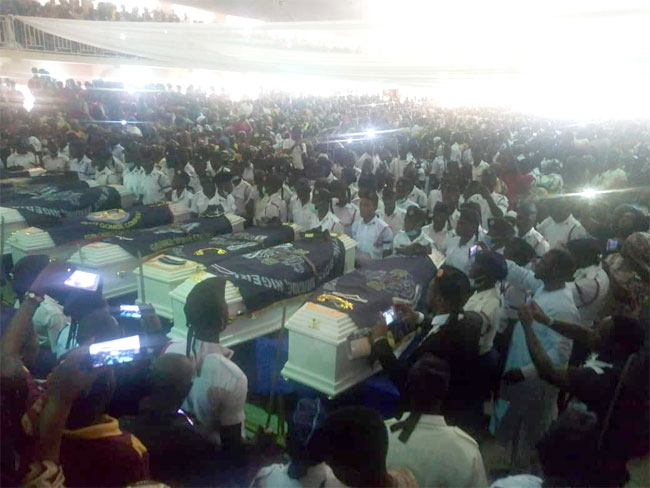 The deputy governor of the state, Charles Iliya, was also at the event in company with some government officials in the state. In attendance were members of the families of the nine victims and hundreds of sympathisers who paid tributes to them.

The deputy governor of the state, Charles Iliya, was also at the event in company with some government officials in the state. 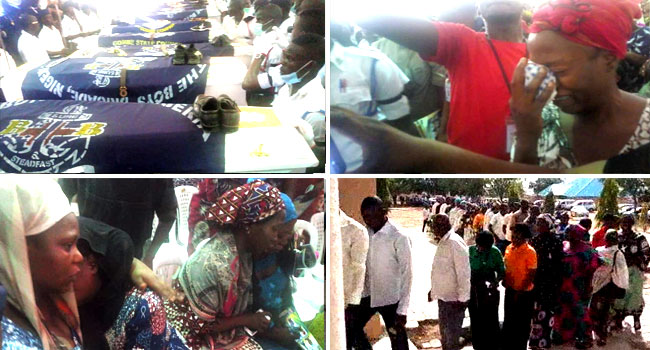 Shortly after the service, the nine members of the brigade were buried amid tears at the cemetery along the Gombe – Yobe Road.

Meanwhile, The Gombe State government has imposed a curfew within the state capital.

The acting Secretary to the State Government, James Pisajih, announced the restriction in a statement on Saturday. He explained that the decision became following the breakdown of law and order in the metropolis.

Pisajih also said that the government ordered the restriction of movement in the state capital after consultations with the heads of security agencies in Gombe. According to him, the curfew will last from 3 pm on Saturday to 6 am on Sunday while the situation will be reviewed thereafter.