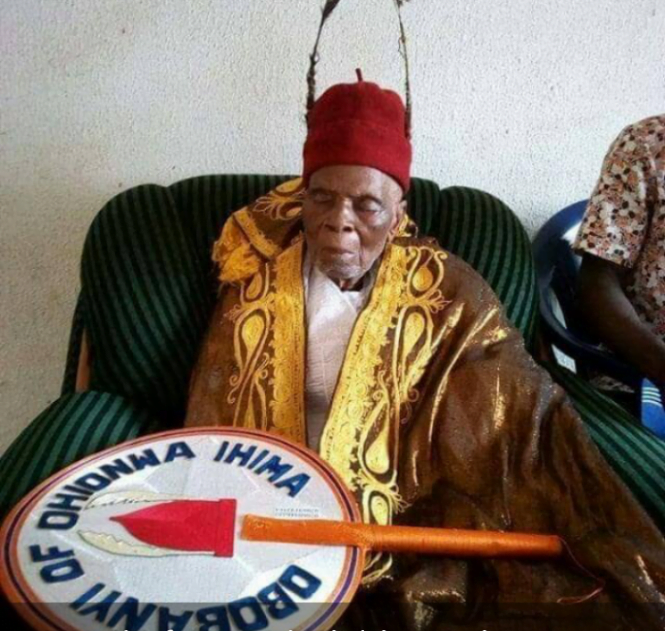 The Obobanyi of Ohionwa in Ihima, the Okehi Local Government area of Kogi State, Chief Jeremiah Akaava, has died at the age of 116.

Naija News understands that the monarch died in the late hours of Friday.

The deceased was said to have spent 36 years on the throne before he died.

His death was announced in a statement, signed by Yusuf Itopa on behalf of the Ohionwa Clan. The statement described the late monarch as a man who stood for peace, unity and progress of Ohionwa, Ebiraland, Kogi and Nigeria as a whole.

The clan expressed its gratitude to men and women of goodwill who appreciated the late Obobanyi’s role as a unifying force in the land and consequently showed love and respect to him while alive.

The late monarch has since been buried.