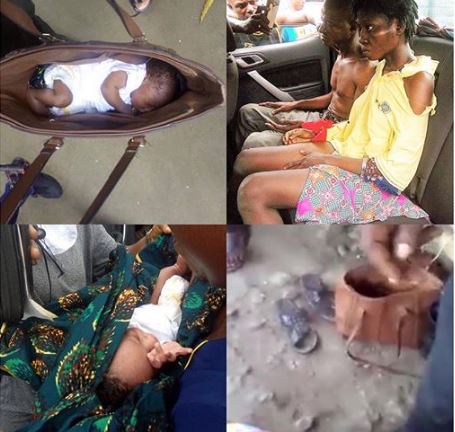 Two suspected kidnappers have been arrested along the Aba expressway, in Porthacourt, the Rivers state capital.
Naija News understands that the kidnappers, a middle-aged man and a lady were apprehended with the baby during a search operation in Rivers.
The baby who is said to be about six-month-old was found inside the handbag of the female kidnapper.
They were arrested on Wednesday, April 17.
While confirming their arrest, the state Police command says the suspect would be arraigned on a two-count charge bothering on kidnapping and conspiracy.
The suspects would be prosecuted after the completion of the investigations.
after