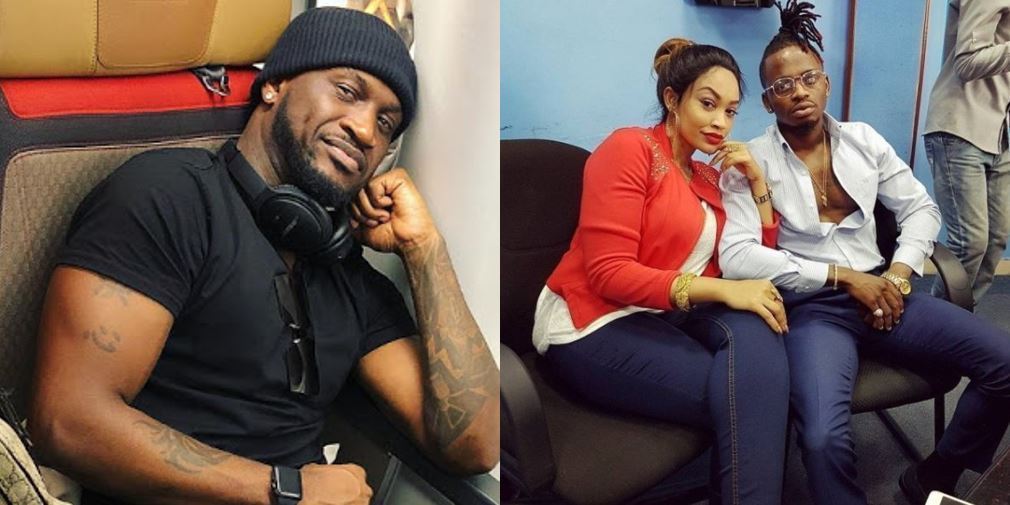 Claims by Tanzania music star, Diamond Platnumz, that he Peter Okoye of the defunct P-Sqaure, also known as Mr. P, slept with his wife and crashed his marriage has been reacted to by the Nigerian music star.

Recall that Platnumz, during an interview on Tuesday on his Wasafi Radio, had said, “Zari was dating P-Square’s Peter a few months before she and I got our first baby, Latiffah Dangote.

“I read messages that she and Peter sent each other via mobile phone. I even confronted her.”

But responding to the allegations on CoolFM, Mr P said it was “stupid” of the Tanzanian singer to make such allegations

He said, “To be honest with you, I do not know what they are talking about. I can never, and would never say anything.

“Once people discover that you are doing well, the devil just finds a way of rearing its ugly head. Nonetheless, we are friends with Diamond Platnumz; he is my guy.”

Recall that Zari, Platnumz’s wife, had taken to Instagram to rubbish the claims, noting that those who dared believe her ex-husband were just as “stupid” as he was.

She had written, “He alleged that I had a relationship with P-Square’s Peter, and another with my personal trainer… If you guys are going to believe a word that comes from him, the same man who denied his own blood, then you are all stupid just like him.

“I am asking you to respect me; stay where you are; the kids and I are doing fine without you.”