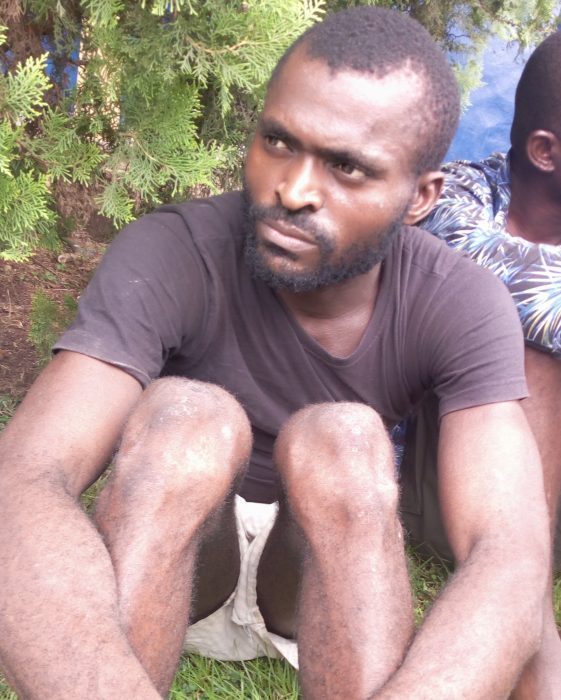 Operatives of the Edo state police command have apprehended a bricklayer, Kenneth Ofoke, 26 for allegedly selling his six-week-old twin babies for N500,000.

Naija News understands that Kenneth who hails from Ebonyi State, sold the infants in Port Harcourt but was arrested in Edo State.

He was among the suspects who were paraded by the Edo state Police Commissioner, Mohammed DanMallam, for alleged involvement in various crimes.

It was gathered that the suspect had sold four babies before he was arrested.

In a conversation with newsmen, the suspect admitted t have sold the children which he claimed are his. In his word, he said; “due to financial constraints and ill-health of the children and their mother,” they decided to take the babies to where they would be catered for.

“My wife gave birth to twin, she and the twin fell ill, so I called my aunt who said I should bring them to Port Harcourt to help me out so that I can take care of the woman.

“When we get to Port Harcourt, my aunt asked us whether we were really husband and wife and whether the twin were really our children and we said yes. She then told us that the children needed better treatment so as to save their lives and that of the mother.

“I told her to save the children so that I can go and take care of my wife. I also told her that we will be coming to see them from time to time.

“She then told us that the children would be taken to an orphanage home and called the people who gave me N500,000 to take care of my wife in exchange for the baby,” he said.

While speaking on the arrests made, the Edo state police commissioner, DanMallam, said the suspects would be charged to court at the conclusion of investigations.