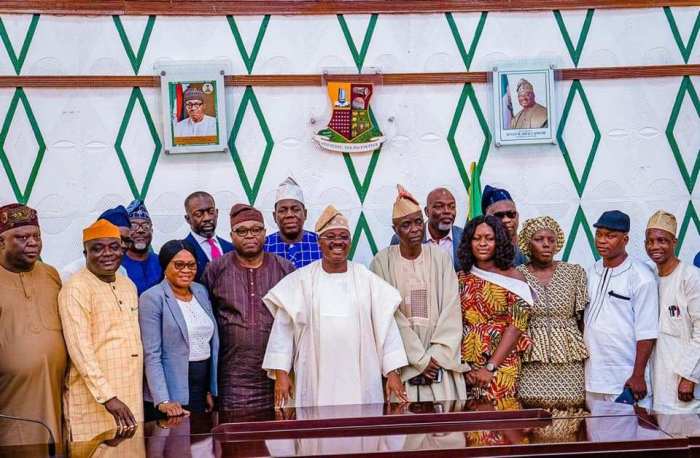 Naija News understands that that the committee comprises of 17 from the government and 10 from the incoming administration.

The committee was inaugurated at the Executive Council Chambers of the Governor’s Office in Ibadan, the Oyo state capital on Thursday. The committee is the first joint transition committee in the history of the state, which is saddled with the responsibility of ensuring a smooth transition from the incumbent to the Governor-elect, Seyi Makinde.

In his speech at the inauguration committee, Ajimobi admonished the committee members to place the interest of the state and its citizens above other narrow interests by emulating the existing cordiality between himself and Makinde.

“These, for us, are not just stunts for making history, but a demonstration of true tenets of democracy, good governance, politics without bitterness and the ‘Ajumose’ spirit of collective responsibility. The governor-elect, upon my request, forwarded a list of nominees to government and I have no doubt in my mind that members of his team are men and women capable of implementing a smooth transition from one government to another.”

Ajimobi expressed the hope that future administration would take a cue from his gesture by sustaining such a collaborative spirit and not make the event a ‘Koselemo’ (forbidden).

He urged the incoming administration to raise the bar on delivery of good governance like he successfully did through his administration’s restoration, transformation and repositioning agenda.

According to him, the cutting-edge agenda, which began with the restoration of peace and security to the state, provided a solid foundation for the state’s massive infrastructural revolution, innovative and result-oriented approach to education, empowerment programmes, pragmatic healthcare delivery and improved agro-business and enhanced value-chain addition in agriculture, among others, bore true testimonies to his administration success story.