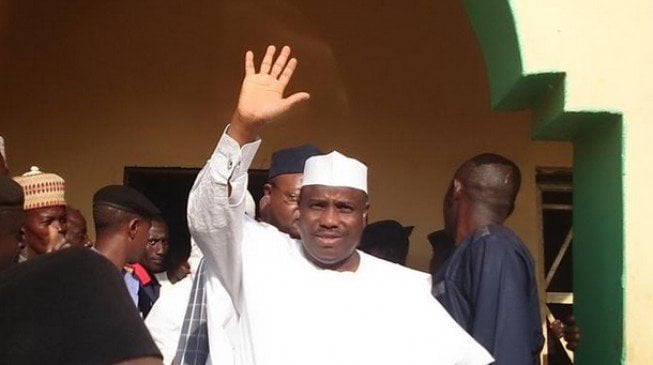 The tribunal Chairman, Justice Abbas Bawale Abdullahi, Thursday granted the prayers made by Lead Petitioners’ Counsel, Mr Steve Nwoke, noting that the tribunal had carefully perused the applications and they have merits.

Abdullahi granted the petitioners’ leave to physically inspect materials used by Independent National Electoral Commission (INEC), on the conduct of main governorship election and re-run election, photocopy some of them, as well as obtain true certified copies.

The court granted the leave as prayed by the Counsels of the Applicants led by Barrister Steve Nwoke, as it has been difficult to physically serve Governor Aminu Waziri Tambuwal his copy of the petition filed by the Applicants, challenging the outcome of the March 9, 2019  and March 23, 2019, rerun Governorship polls in the state .

The Court, therefore, granted the prayer of the Applicants to allow them to serve Governor Tambuwal the petition, through the State Legal Adviser of the Peoples Democratic Party (PDP).

In the same vein, the Court has granted another leave to the Applicants to inspect the election materials like ballot papers, forms and card readers,  used by INEC during the elections.

Meanwhile, Justice Abdullahi also granted Governor Tambuwal and the PDP, to inspect same materials, as well as invite forensic experts to conduct a physical inspection of materials used for the elections and obtain true certified copies of documents.

Justice Abdullahi further granted the applicants’ prayers moved by their Lead Counsel, Barrister Muktar Mahmuda Yabo and the acceptance of the outcome of the physical inspection, statistics sought by forensic experts, among others.