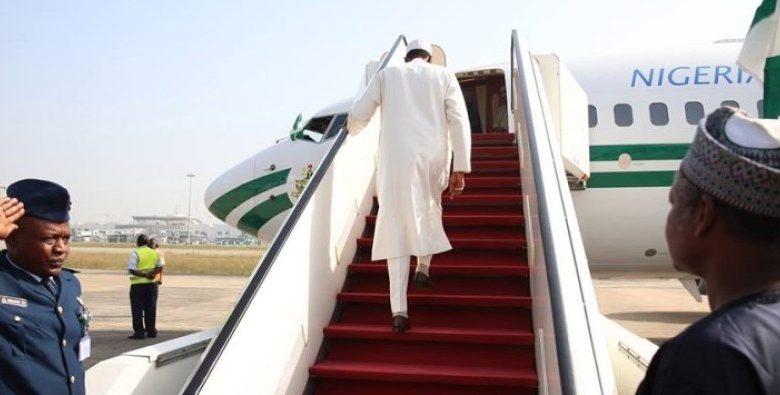 President Muhammadu Buhari is set to travel to the United Kingdom today, after a visit to Maiduguri, Borno state, his media office has reported.

Recall yesterday, the president was in Lagos to commission some of the projects of the state government.

He is now in Maiduguri to inaugurate “developmental projects especially in the sectors of education, healthcare and roads“, according to Femi Adesina, a presidential spokesman.

Buhari will then proceed to the UK and will be there till May 5 “on a private visit”, Adesina added.

Since Buhari becomes president in 2015, the UK has been his most visited country.

In 2017, he spent 51 days in the European country on medical vacation during which Vice-President Yemi Osinbajo assumed the role of acting president.