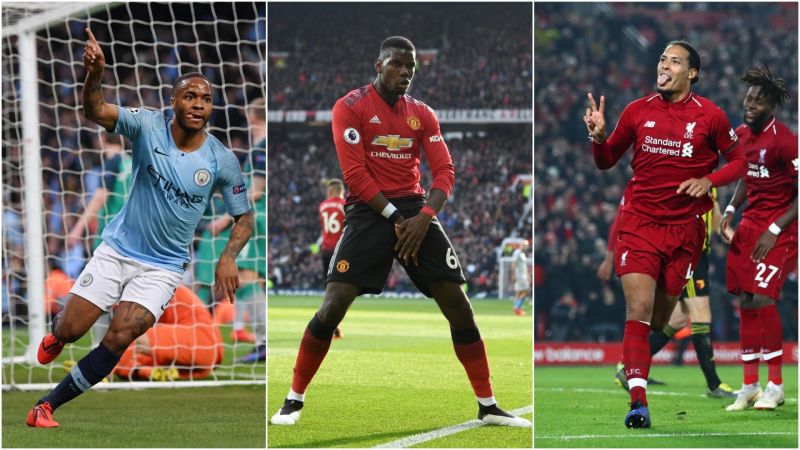 Manchester City and Liverpool’s thrilling battle for Premier League supremacy has unsurprisingly led to the teams dominating the Professional Footballers’ Association top-flight Team of the Year 2019.

The PFA team of the Year was revealed on Thursday with Chelsea’s Eden Hazard not making the cut, despite being a nominee for the main individual prize this term.

Four players from Jurgen Klopp’s side have been selected, including defender Virgil Van Dijk, who will be crowned Player of the Year at the awards ceremony on Sunday, as well as Andrew Robertson, Trent Alexander-Arnold and Sadio Mane.

Pogba’s inclusion in the team will raise a few eyebrows as he has struggled for form for large parts of the season.

Under former United boss Jose Mourinho the Frenchman was poor, but his form drastically picked up following the arrival of Ole Gunnar Solskjaer.

His recent performances have again dipped as the Red Devils endure a terrible patch of form, with seven of their last nine matches ending in defeat.

And ahead of their 2-0 loss to bitter rivals Man City on Wednesday evening, Old Trafford legend Roy Keane claimed the World Cup winner was a ‘big problem’ for United.