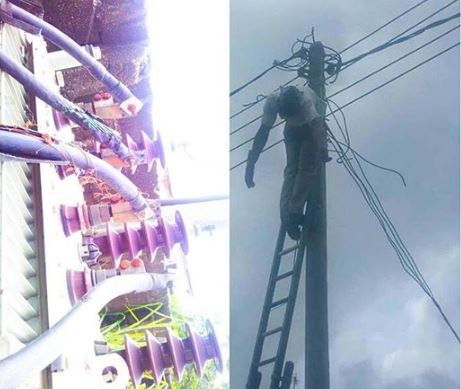 An unidentified but middle-aged man has met his untimely death after he was electrocuted on an electric pole in Eliozu, Port Harcourt, the Rivers state capital.

Naija News understands that the electrician died when he mounted a pole in Eliozu to fix an electricity defect in the area.

The deceased was said to have forgotten to remove the transformer fuse before he mounted the pole to fix the electrical defect only for the power to be restored and electrocuted him.

He was said to have helplessly smoked before finally giving up the ghost.