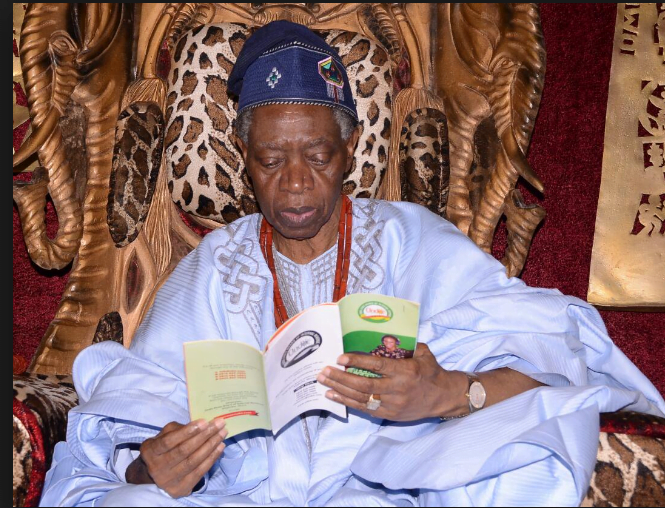 Naija News learnt that the lawmakers made the assertion at plenary while paying tribute to the traditional leader who died on April 17, 2019 at 77.

The attention of the lower chamber was drawn to the royal father’s demise by Rep. Bode Ayorinde (PDP-Ondo).

Ayorinde said the late Oba was born of the Royal family of Sir Olateru Olagbegi II (KBE), on June 26, 1941 in the ancient city of Owo and of the Elewokun Ruling House in Owo. The lawmaker also said the late Oba, attended Government Primary School, Owo between 1947 and 1954, after which he attended Imade College, Owo from 1955 to 1960.

Olowo of Owo, Oba Folagbade Olateru Olagbegi CFR one of the first class Yoruba and Nigerian Oba has traveled to the great beyond. My condolence to all people of Owo which happens to be my second home and most especially to Omooba @bkolagbegi the founder of @mdp_ng ? pic.twitter.com/nF01M6cR0k

He maintained that the then influential monarch was sent to England by his father for further Education at Poole College and further studied law at the Holborn College before returning to Nigeria.

He said the late monarch began his legal practice in 1969 under the late Chief Rotimi Williams from where he joined the Nigerian Law School as a lecturer in 1975.

“The Oba ascended the throne of his fathers as the Olowo of Owo kingdom on Feb. 21, 1999, as a first class Oba and a paramount ruler.”Like most great leaders, his ascendancy to the throne was not without challenges.”

Lawmakers took turns to make various tribute to the Oba.

Rep. Simon Arabo (PDP-Kaduna), said that the monarch taught them in the Nigerian law school 1985-1986, adding he read about the demise in newspapers.” I give my tribute to him and I salute the people of Owo.”

The lawmaker added that the late monarch also played a role that brought peace to the state.“We are going to miss him greatly, especially his political status. May God grant his family the fortitude to bear the loss.”

“I join my colleagues to say`may his gentleman soul rest in peace’.”