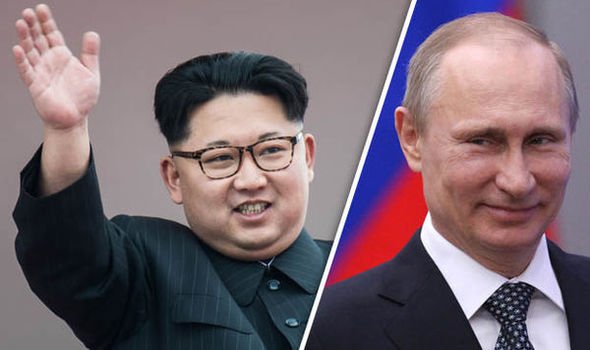 President Vladimir Putin of Russia and North Korea’s Kim Jong Un met face-to-face for the first time on Thursday, vowing to seek closer ties as they look to counter US influence.

The summit which held in Russia’s Far Eastern city of Vladivostok came with Kim locked in a nuclear stand-off with Washington and Putin keen to put Moscow forward as a player in another global flashpoint.

The two leaders shook hands and shared smiles before heading into one-on-one talks that lasted nearly two hours, longer than expected, on an island off the Pacific coast city.

In brief statements before their meeting, both men said they were looking to strengthen ties that date back to the Soviet Union’s support for the founder of North Korea, Kim’s grandfather Kim Il Sung.

Kim said he hoped to turn the modern relationship with Moscow into a “more stable and sound one” while Putin said the visit would give a boost to diplomatic and economic ties.

As the talks expanded to include other officials, Kim thanked Putin for “a very good” meeting.

“We have just had a very meaningful exchange of views on issues of mutual interest,” he said.

Putin said the talks had been “rather detailed” but neither leader said much about their substance.

The meeting was the very first one of its kind since returning from his Hanoi summit with US President Donald Trump, which broke down without a deal on North Korea’s nuclear arsenal in February, AFP reports.