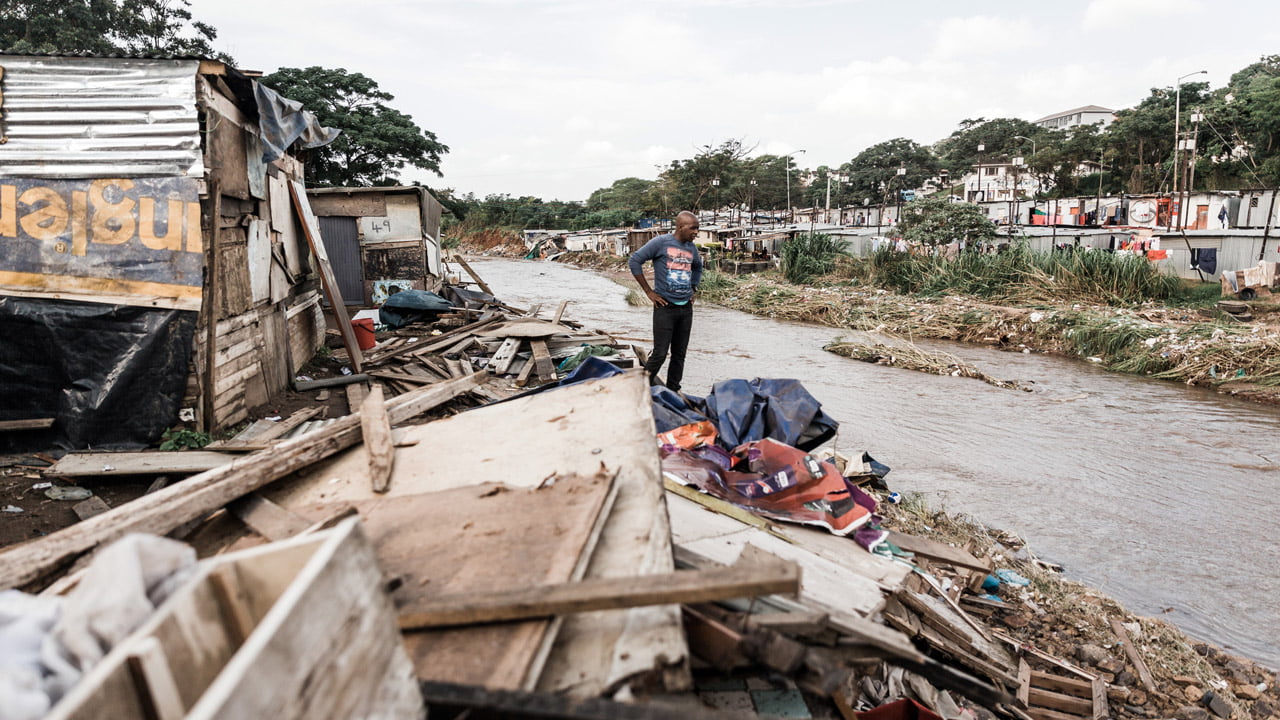 Devastating flood from heavy rain in South Africa has killed 70 people while 1,000 people have been forced from their homes. an official disclosed today.

The heavy downpour which occurred in the southeast of the country also destroyed homes and infrastructure in KwaZulu-Natal (KZN) and Eastern Cape provinces.

The acting leader of KZN province, which includes port city Durban, Sihle Zikalala said: “we are worried and quite devastated by the increase of the number of fatalities”.

“We’re now told that the number (of fatalities) is getting around 70. The final figure will be released during the day,” he said at a media briefing.

“It is the first time in KZN that we experience such a loss of people, that we lose people in such a great number.”

President Cyril Ramaphosa visited the deluged province on Wednesday and pledged government funds to help those affected by the extreme weather.

“So all this part it just fell… We only have two survivors, one of them is my son and the other friend,” said Ntombi Ztombi Zama whose sister was killed in a landslide at a property in Chatsworth, south of Durban.

“When I came and I see everything demolished it just broke me. It was bad.”

South African military personnel have been dispatched to help rescue and evacuation efforts.

AFP reports that South African Weather Service has warned that more heavy rain and gale force winds are on the way.