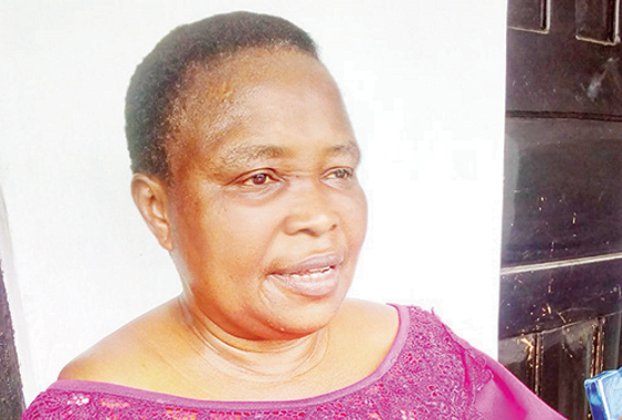 A woman identified as Margaret Udoh, on Tuesday accused men of the Inspector-General of Police Intelligence Response Team of alleged sexual harassment and physical assault.

The divorcee who happens to be the senior nursing officer at the Ibesikpo Health Centre and pastor at the Mountain of Fire and Miracles Ministries, Idoro Road, challenged the Nigerian Bar Association, Civil Liberty Organisation and other civil rights groups to see that justice is served.

Udoh, while narrating the incident stated that about 20 officers invaded her apartment which is located on St. Christopher Avenue, Nung Uko, in the Ibesikpo Asutan Local Government Area, on April 13 in two pickup trucks.

Report has it that the policemen had scaled through the fence and beaten up the victim.

Udoh said; “I am a divorcee. I live alone in my compound; none of my children lives with me. I spend most of my time in church and at work.”

“I was terrified when I was awoken by heavy bangs on my gate around 1am on Saturday. Before I knew it, I saw men scaling the fence into my compound.”

“They headed for the burglar-proof door and started banging it. It was at that point that I summoned courage and started making calls to my neighbours for help.”

“When the intruders heard that I was making calls, they shouted at me to switch off my phone and told me that they were policemen. They asked me to open the door, but I refused.”

“I refused because there had been many cases of robberies in the area for a while. It took two hours for them to break into my house with axes, hammers and broken blocks.”

“They met me inside the toilet where I hid and dragged me out. They stripped me naked. One of them dipped his fingers into my private parts and breasts. He called me a witch. I was seriously manhandled. My doors, ceilings and windows were shattered.”

The woman stated that when they asked for her husband, she told them that she had been divorced for 18 years.

She claimed that after she was assaulted by the police officers she was later allowed to dress up.

“They took me outside, where two pickup trucks were waiting with about 20 policemen. I was taken to Nsit Ibom LGA that night. One of them suggested that they should kill me and throw my corpse away because I was a witch.”

“But another said it was not yet time. Amid the argument, I was taken to B Division in Ewet Housing Estate, Uyo. I was not told my offence; they just threw me into a cell. It was when I peeped through the charge board that I saw robbery and kidnapping written against my name.”

“I have never been detained in my life and I have not been held for any offence before. So, I am surprised at the offences written against my name,”.

A female police sergeant at B Division, who spoke on condition of anonymity, confirmed the arrest of the woman but refused to speak further.

A member of the victim and retired Superintendent of Police, Antia Umoren, while reacting to the incident stated that the woman was seriously manhandled.

“I asked what she was being charged with and they said kidnapping and armed robbery. When I got to the station, I saw her name boldly written on the suspects’ board.”

“When she was eventually brought out from the cell, tears ran down my cheeks because she had been seriously beaten,” Umoren added.