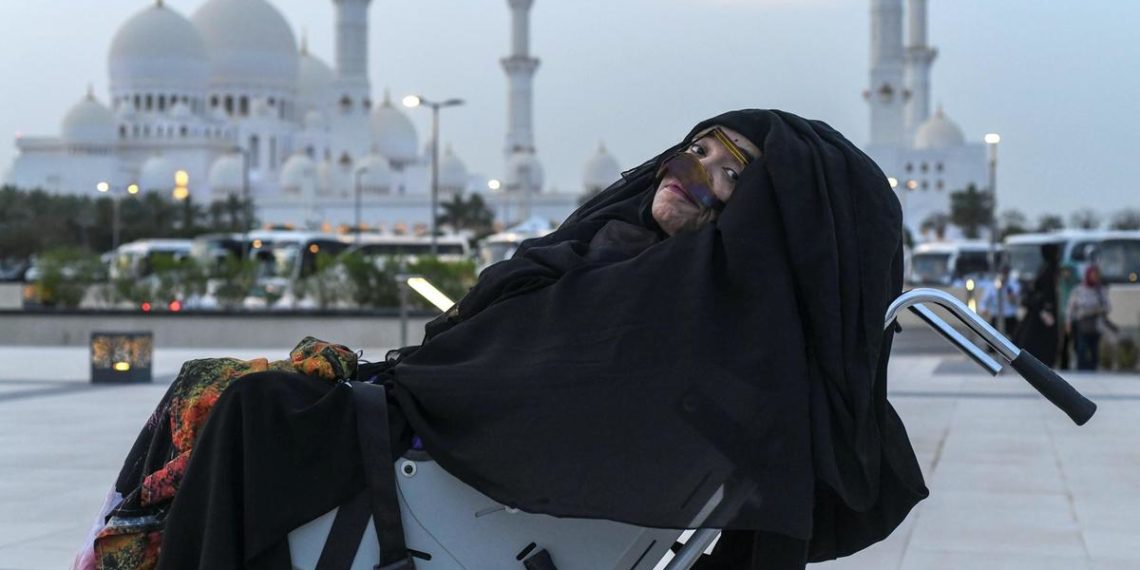 Picture of woman who woke up from coma

It is a wonder as a woman in the United Arab Emirates has regained full consciousness after being in a vegetative state since 1991.

Munira Abdulla suffered a severe brain injury in a car crash 28 years ago in the city of Al Ain.

According to Huff Post, Munira who was a Mother (aged 32 at the time), was hugging her son to protect him as a school bus ploughed into their car.

For years there were no signs she would ever wake up but she started to show signs of responsiveness last year after being treated with physical therapies and drugs in Germany.

Her son, Omar Webair, told The National newspaper: “I never gave up on her because I always had a feeling that one day she will wake up.

“The reason I shared her story is to tell people not to lose hope on their loved ones; don’t consider them dead when they are in such a state.

“My mother was sitting with me in the back seat. When she saw the crash coming, she hugged me to protect me from the blow.”

Omar suffered only minor wounds, but his mother had a brain injury that was left untreated for hours.

She was eventually taken to hospital, then transferred to London for specialist treatment.

Doctors declared her to be in a minimally conscious state, a condition that is similar to a coma but receptive to pain.

Munira was then sent to the UAE, where for years she was fed through a tube and provided with physiotherapy to stop her muscles deteriorating through lack of movement.

In 2017, the family was offered a grant by the Crown Prince Court, a government body in Abu Dhabi, for Munira to be transferred to Germany.

Surgeries to correct her severely shortened arm and leg muscles were carried out and she was given medication to improve her state.

Around a year later she began making strange sounds, and within three days she called out to Omar using his name.

He said: “It was her! She was calling my name, I was flying with joy; for years I have dreamt of this moment, and my name was the first word. she said.”

She is now back in Abu Dhabi with her family, where she continues to receive treatment.

Omar said: “All those years the doctors told me she was a hopeless case, and that there was no point of the treatment I was seeking for her, but whenever in doubt I put myself in her place and did whatever I could to improve her condition.”