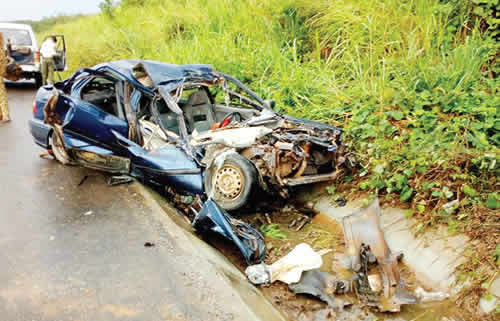 Tragedy struck the environs of Jigawa State on Tuesday after Nineteen Wedding guests lost their lives after their bus lost control and burst into flames.

Report had it that the 18-seater bus was carrying 40 women and children who were returning from a wedding when their tyre burst causing it to lose track.

The accident took place on Tuesday in Gwaram Sabuwa, a village around 100 kilometres (60 miles) from the state capital Dutse.

The state police spokesman, Abdul Jinjiri said, “Nineteen people were killed in the accident and 21 others were injured,”.

According to a source, it revealed that the bus somersaulted and burst into flames, burning the victims alive.

The passengers were said to be returning from a wedding ceremony in nearby Bauchi state when the crash happened.