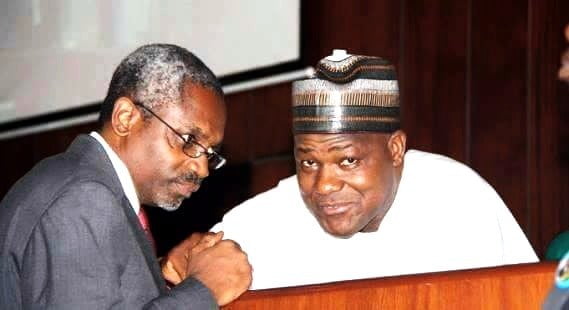 The Speaker of the House of Representatives, Yakubu Dogara, and his loyalists are in a fix over who to nominate that will challenge current House Leader, Femi Gbajabiamila, who has been adopted by the APC for the speakership of the 9th Assembly.

Sources within the National Assembly told Daily Trust that Dogara and his loyalists had been meeting for the past weeks to decide on who to bring out to face the Gbajabiamila, but that they could not zero in on anybody.

However, while Ibrahim is from the same state with President Muhammadu Buhari, Namdas and Betara are from the North East, where the position of the Senate president has been zoned to, and all the three major contenders for the number three citizen’s seat are from the zone.

Thus, it is believed that the positions of Senate president and speaker cannot go to the same region.

It was learnt that the Dogara loyalists would have settled for Bago who is from the North Central, but that most of them are reportedly not comfortable with him.

Another of Dogara man, Ahmed Idris Wase (APC, Plateau), was in the race for the speakership until last week when Gbajabiamila’s adoption was made public.

Sources said Wase would have been the candidate to give Gbajabiamila a tough time but that he had reportedly backed out of the race.

After APC adopted the house leader and zoned the position of deputy speaker to the North Central, Wase immediately suspended his campaign. It was learnt that he is to be paired with Gbajabiamila as deputy.

Daily Trust gathered that Dogara loyalists are now shopping for who they will support to challenge Gbajabiamila as none of the current contenders among them can match him.

One of the Dogara loyalists stated that the decision to bring out somebody among them was taking time because they were still watching to see who to support.

However, the source said the decision would be taken between this week and next as some of the Dogara loyalists had already started grumbling over the matter.

“The truth of the matter is that for now, we don’t have a strong person that can challenge Gbaja. The scenario is quite different from 2015 when we had Dogara as a strong challenger.

“But this time around, with the exit of Wase from the race and his readiness to be deputy speaker to Gbaja, we’re finding it difficult. No matter what, we have to take a decision on that soon.

“The situation is even uncertain because Dogara himself has not indicated the person he wants among his loyalists. Some were even insinuating among us that he would want to contest, but he told some of us that he won’t contest under present circumstances,” the source said.