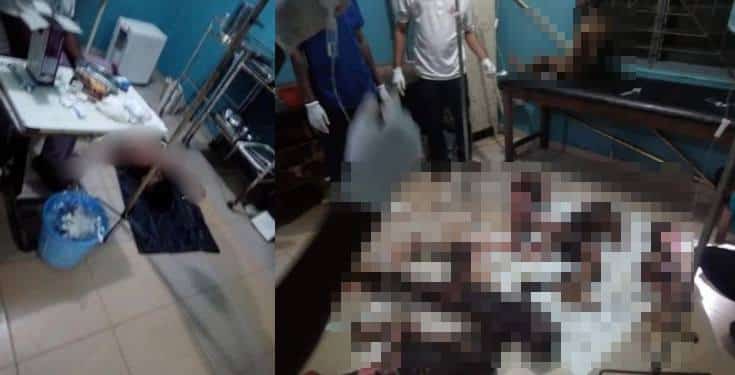 A middle-aged Nigerian lover identified as Deji Adenuga has set ablaze a family of nine in OndoIgbodigho community in Okitipupa Local Government Area of Ondo State.

Naija News understands that Adenuga, popularly known as “Davar” who resides in the community where the incident occurred, was said to have set the residential home of his former girlfriend ablaze after she allegedly broke up with him against his own wish.

This News platform found out that Adenuga was scammed severally by his ex-girlfriend of few years identified as Titi Sanumi and dumped him when she was done.

Titi escaped the attack as she was not at home at the time attack was perpetrated.

The police assured that the suspect who is currently on the run will be brought to book and further prosecuted.