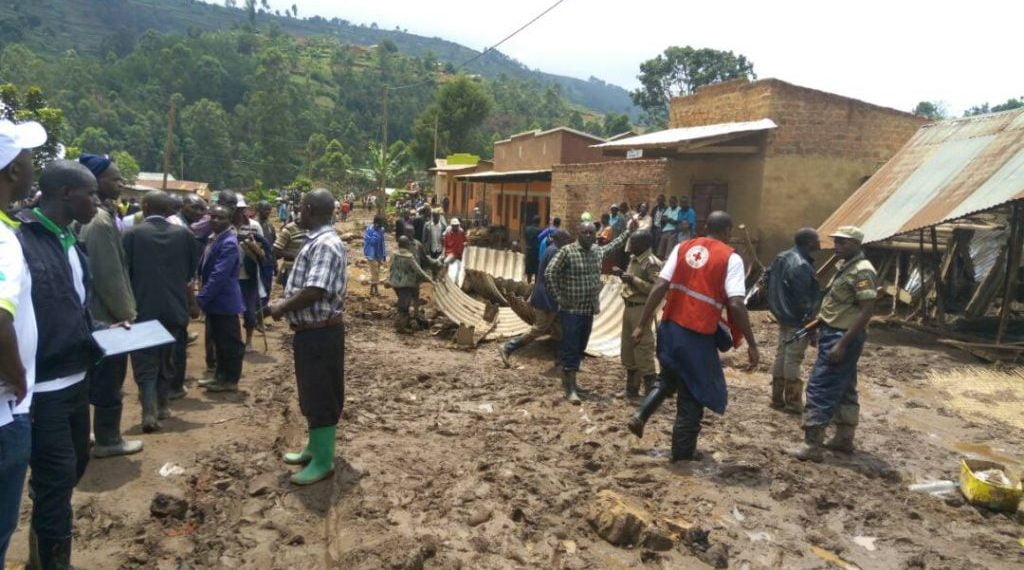 How Flood Killed 17 People Kamuli And Buyende In Uganda

At least 17 people including children have died after heavy rains in eastern Uganda caused by flooding, police has confirmed today.

The rains had hit the districts of Kamuli and Buyende during the night, with some people drowning in the flood waters and others hit by collapsing walls, the region’s police spokesperson Michael Kasadha said.

“Many of the children could not quickly run away from the floods and it’s probably the reason why they died in large numbers,” he said.

More than 50 injured people have been taken to hospital and police say they expect to retrieve more bodies.

In October 2018, at least 34 people were killed in mudslides triggered by torrential rains in a mountainous area of eastern Uganda that is prone to such disasters, Red Cross spokeswoman, Irene Nakasiita, said.

People were said to have been killed by boulders and chunks of mud rolling down hills following a sustained period of heavy rains Thursday afternoon in the district of Bududa.

Houses were also destroyed in at least three villages, while in some cases only body parts of the victims have been recovered from the mud, she said.

“We expect the death toll to increase as some people are still missing,” she said. “It’s really bad.”

In March 2010, at least 100 people died in similar mudslides in Bududa, and injuries or deaths have been reported every year since then during the wet season.

According to the News Agency of Nigeria, a similar mudslide occured in March 2010, where at least 100 people died and injuries or deaths have been reported every year since then during the wet season,

Efforts by Uganda’s government over the years to relocate people have not succeeded.