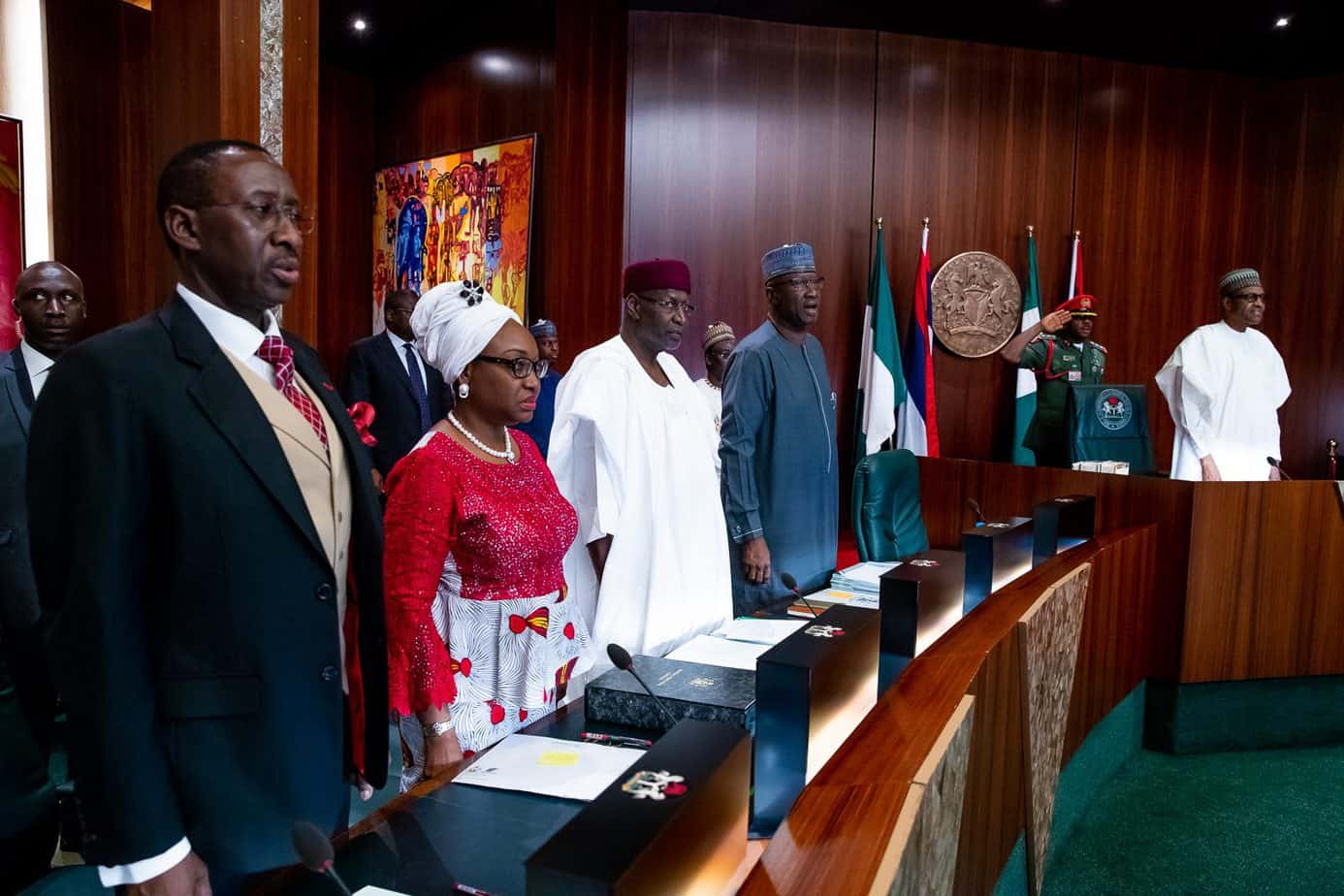 Ahead of the inauguration of President Muhammadu Buhari for a second term in office, the race for cabinet appointments has begun.

There were indications last night that the Office of the Secretary to the Government of the Federation (SGF) may be zoned to the  North-Central in favour of a Christian candidate.

Besides, there is pressure on the President to revert to a 42-man cabinet structure as part of his pledge of inclusiveness.

The new structure will include the constitutionally recommended 36 ministers from each state of the federation and six others representing each of the nation’s geopolitical zones — if Buhari embraces the idea.

The President is yet to give a commitment to the 42-man structure, The Nation has learnt.

Lobbyists, including governors and ministers, have been mounting pressure on influential citizens to put in a word for them.

Women are said to be demanding more ministerial jobs, including “strategic ministries”.

The pressure is said to have accounted for the recommendation of a 42-man cabinet.

A source, who spoke in confidence, said: “Some of those seeking to be ministers include a former Military Administrator, three of the outgoing governors and no fewer than 15 of the over 30 ministers who will complete their tenure on May 22.

“As for the three outgoing governors, two may represent their geopolitical zones, depending on the outcome of consultations between the President and leaders from their zones.”

“No fewer than 15 ministers are said to be seeking a second chance because some of them who faltered in office are claiming that they have learnt their lessons”.

“All these ministerial aspirants have been  mounting pressure on the members of the Kitchen Cabinet of the President in order to be picked.”

Concerning the ex-MILAD, another source said: “Some forces within the first family are lobbying that the ex-Military Administrator should be made the Chief of Staff but the President seems to have confidence in the present holder, Mallam Abba Kyari. When the lobbying was stuck, they made a case for the Secretary to the Government of the Federation for the former MILAD. Now, the game has changed to a desire for a ministerial appointment.

“The only thing which can make the Office of the Chief of Staff be vacant is if Kyari is given a choice ministerial appointment.

“Although the ex-MILAD will add value to the government, the only hurdle facing him is how he allegedly abandoned Buhari in the defunct Congress for Progressives Change ( CPC) in 2011 for the Peoples Democratic Party ( PDP) without deferring to him. Some Buhari supporters do not want him to appoint the ex-MILAD as a minister.”

There were indications that the Office of the Secretary to the Government of the Federation (SGF) might be zoned to the  North-Central in favour of a Christian candidate.

But some party leaders have been making a strong case for the Southeast to produce the SGF despite the zone’s rejection of Buhari at the poll.

A government source said: “Definitely, the SGF post will shift from the Northeast to another zone because the Northeast has enjoyed the slot in the last four years, with Engr. Babachir Lawal and Boss Mustapha occupying the office.

“The Northcentral looks more favoured with a Christian candidate for the slot.”

Some All Progressives Congress ( APC) leader prefer that the Southeast should produce the SGF, despite the zone’s hostility to Buhari during the just-concluded general elections, the source added.

Pushing for a return to the 42-man cabinet structure, it was learnt, are some of the President’s “strategists” and some governors.

In 2015, Buhari opted for the constitutionally recommended cabinet weight to save cost.

A source in the Presidency said: “The need for inclusiveness in governance has led to the suggestion that we should have 42 ministers.”

Section 147(1-3) directs the President to appoint at least 36 ministers.

The section reads: “There shall be such offices of Ministers of the Government of the Federation as may be established by the President.

“Any appointment to the office of Minister of the Government of the Federation shall, if the nomination of any person to such office is confirmed by the Senate, be made by the President.

“Any appointment under subsection (2) of this section by the President shall be in conformity with the provisions of Section 14(3) of this Constitution:

“Provided that in giving effect to the Provisions aforesaid the President shall appoint at least one Minister from each state, who shall be an indigene of such state.”