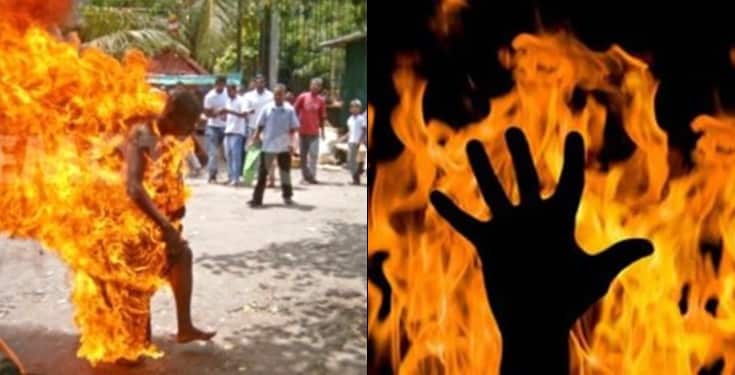 Naija News understands that Nweze set himself ablaze after he had earlier complained of having difficulty feeding himself.

Nweze had said that he hardly feeds as he could no longer meet his basic need as a human. He said that the cause of him setting himself ablaze is not unconnected to the fact that his neighbours had been mocking him over his inability to pay up little bills in his house.

Nweze who hails from Umuogharu, Ezza North Local Government Area of the state was rushed to the Alex Ekwueme Federal University Teaching Hospital, Abakaliki in Ebonyi state for treatment after he set himself ablaze.

Efforts to reach the hospital authorities for an update on the state of his health proved abortive.

Reports revealed that Nweze got the fire all over him after he was said to have emptied about 5 litres can of fuel on himself and ignited a match stick.