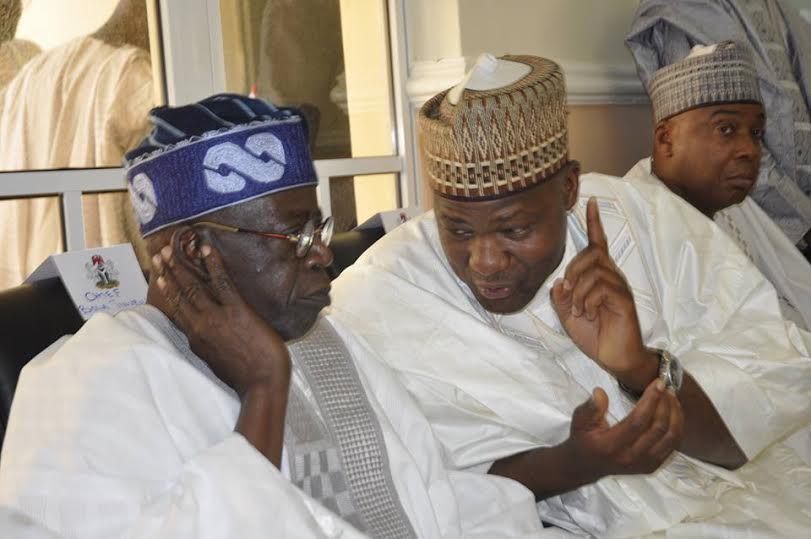 The Speaker of the House of Reps, Yakubu Dogara, has slammed the National Leader of the APC, Bola Tinubu, for alleging that the National Assembly has been padding the national budget for four years.

In a statement by his Special Adviser on Media and Public Affairs, Mr Turaki Hassan, Dogara described Tinubu as “ignorant of the budgetary process.”

The statement reads in part, “Only the ignorant with dubious academic certificates will say the maker of a document has padded the document that only he can constitutionally make.

“Finally, we advise Asiwaju Tinubu to be circumspect in his use of language.

“In this case, he spoke as a spokesperson of depravity. Our reaction must, therefore, be seen as a provoked counter-punch.

“Anyone can descend into the gutter if he so wishes, but no one has a monopoly of gutter language.

“We won’t run an adult day care centre anymore on matters like this.”