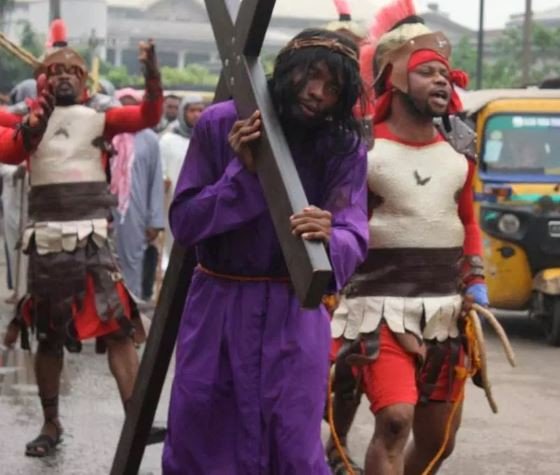 Eight People have been reportedly killed on Sunday night when a security official who rammed his vehicle into a procession of Christian youth, celebrating Easter in Alheri junction, Biu road of Gombe State.

The events that followed was a hot pursuit of the security official and his passenger by the remaining youths who reportedly caught up with them and lynched them.

Naija News understands that the procession is just one of the ways Christians of different denominations celebrate Easter in Nigeria and across the world.

The driver of the vehicle is said to be an official of the Nigeria Civil defense (NSCDC) while his passenger is said to be a police officer. Both men died from the beating, Premium Times reports.

The Chairman of the Gombe State Battalion Brigade of the Boys Brigade, Isaac Kwadang, told reporters that he received information about the incident around 11:30 p.m. on Sunday.

According to him, the civil defence officer, though not on official duty, met the procession, exchanged words with the youth, and drove past them. He allegedly switched off his car’s full lights, reversed the vehicle and rammed into the procession killing eight people on the spot.

Many of the victims are members of the boys brigade.

Mr Kwadang said the youth chased the security officers, caught up with them and mobbed them to death. He said the youth are still being prevailed on not to continue with any violent reaction.

The Chief Medical Director of the Gombe State Specialist Hospital, Shuaibu Muazu, confirmed that some dead bodies from the incident have been deposited in the hospital.

On his part, the Sector Commander of Federal Road Safety Corps, Godwin Omuko, told news men that his men were among those that brought the dead bodies to the hospital.