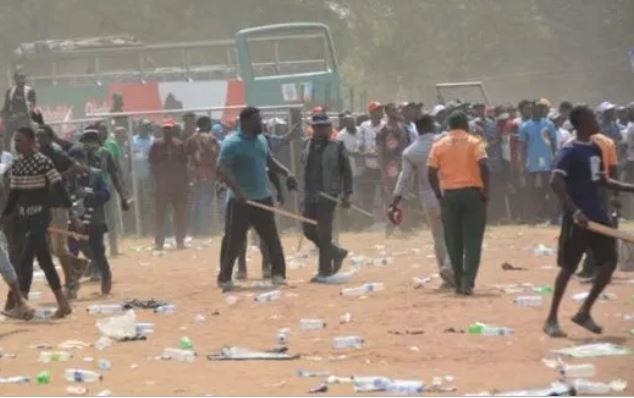 At least two persons have been confirmed dead while several others have been left with various degrees of injuries after a clash between hoodlums in Surulere.

Naija News understands that the clash occurred in the early hours of Monday, April 22 at the Coker Aguda area of Surulere, in Lagos state.

Property worth several millions of naira, including cars, were also destroyed during the violent clash that engulfed Adetola and Pako within the council area.

The fracas was attributed to a mere disagreement between two rival groups. The clash was said to have spread towards the Enitan, Adefowope and Willy Omiyi Streets in Coker Aguda Local Council Development Area.

This News platform also understands that the clash would have involved more casualties but the timely response of some operatives of the Lagos state Police and some military personnel helped in curtailing the incident.

The residents of the area urged the security operatives to immediately launch a manhunt to apprehend those behind the clash.