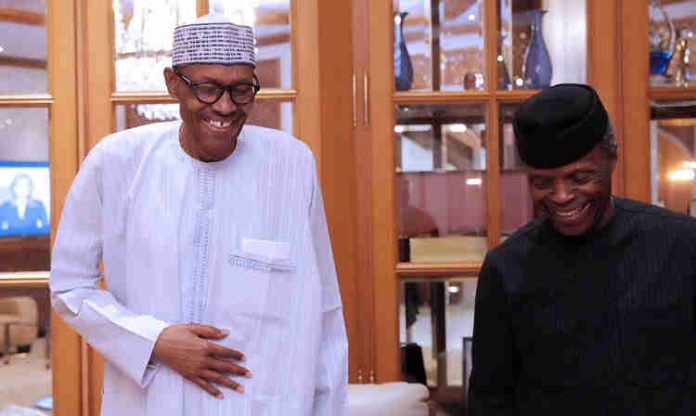 Naija News reports that the Bishop described Osinbajo as the light in the midst of darkness in the Nigeria’s government House in Aso Villa.

Bishop Wale made this known over the weekend where he also said that Osinbajo has been the only one in Aso Rock without any scandal since President Muhammadu Buhari came into power in 2015.

“The point is it is easy to criticise. A lot of people don’t know the role that man is playing there. He is the ‘sole light’ in the midst of darkness in Aso Villa and he is doing his best,” he noted.

Bishop Wale in his statement furthered that; “On a personal level, he’s been there for four years without any scandal.

“He has carried himself with poise and dignity. His grasp of national issues, the analysis, the confidence with which he speaks, oh come on!

“Church, wake up and celebrate your hero and champion. On the two occasions on which he has acted as President, everybody knew everything was different.

“What else do you want him to do? He is not the President. There is a limit to the role of the vice president.

“He and the president are close because the President has found him trustworthy. We’ve had issues in this nation before where governor and deputy governor would be at each other’s throat.

“It was the same with the President and Vice President such that rather than getting busy with the administration of the country, they would be creating a distraction.

“We don’t have that now. The man just wants to serve the nation. I give him kudos.”