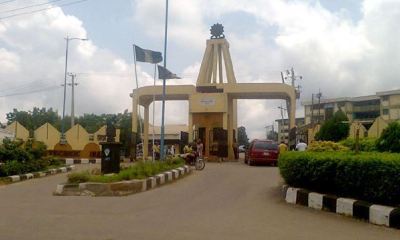 The governing council of Oke Ogun Polytechnic has suspended the rector of the institution, Mathew Oladeji, alongside other principal officers for alleged fraudulent practices.

The governing council sent a letter to Oyo State Governor, Abiola Ajimobi through the Commissioner for Education, Prof Adeniyi Olowofela revealing that the officers involved in the “series of allegations of fraudulent practices and gross misconduct.” had been queried.

The letter reads, “In line with the disciplinary procedure of the institution as highlighted in the Institution’s Edict; Part 8, Sub-section 28 (3 &4), Mr M. Oladeji led substantive management (i.e. the principal officers) have been placed on suspension pending the final determination of the investigation.”

But responding to the suspension order, Oladeji in a telephone chat, said, “I have not received such a letter. I’m on leave.”