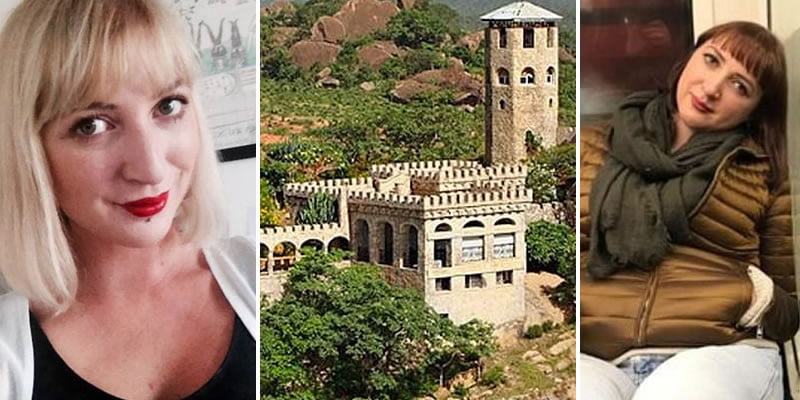 The Nigeria Association of Tour Operators (NATOP)  has sympathized with the families of the killed tourists at a recreational centre in Kajuru, Kaduna state.

Naija News reported earlier, how a Britain, Faye Mooney, and another tourist were killed while three workers were kidnapped at a recreational resort, Kajuru Castle. by Bandits on Friday, April 19.

Mrs. Bilikisu Abdul, National President of the association, condemned the inhumane act while speaking with the News Agency of Nigeria (NAN) in Lagos.

The NATOP President, however, called on government and the security agencies to ensure the perpetrators of the cruel act were thoroughly investigated and made to face the full wrath of the law.

” We sympathise with the families of the killed tourists at a recreational resort at Kajuru; may their souls rest in peace.

” We want government to ensure the criminals are fished out and made to face the full wrath of the law.

” This is an attack on Nigerian economy and a setback for us as an association trying to promote our beautiful tourism destinations.

” Our members are enthusiastic on selling Nigeria as a destination to Nigerians and foreigners; we should be supported by all and not sabotaged.

” It is sad this is happening now as 2018/2019 has been the best year for the promotion of domestic tourism in Nigeria and we hope this does not discourage our members from selling Nigeria,” she said.

Abdul said insecurity had been a serious threat to the development of Nigerian tourism industry.

According to her, the development will have a negative effect on the activities of the association in trying to promote the nation’s domestic tourism.

She urged members of the association to take more security precautions in future tours in the light of the unfortunate experience in Kaduna.

” I want our members to take security issues seriously whenever organizing tours for individuals, organizations and more; we should not allow the problem of insecurity to pull us back in achieving our goals,” she said.

Meanwhile, Abdul said NATOP had been rotating its Annual General Meeting (AGM) within the country to expose its members to the tourism attractions in Nigeria.

According to her, the 2019 AGM will hold on May 24 and will be hosted by the Ooni of Ife, Oba Enitan Ogunwusi in Ile-Ife, Osun.

She said the 2018 AGM was hosted by the Plateau Government while that of 2016 was hosted In Calabar.