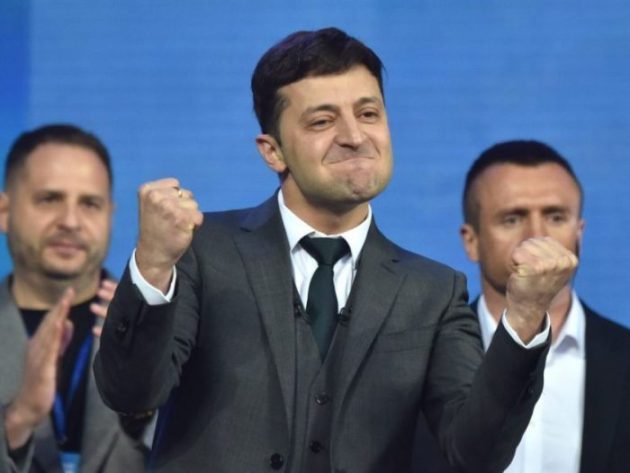 A comedian, Volodymyr Zelensky has emerged as the winner of Ukraine’s presidential election.

Zelensky, whose only previous political role was playing the president in a TV show, defeated the incumbent Petro Poroshenko by scooping about 73 percent of the vote.

The 41-year-old star of the TV series “Servant of the People” will now take up the mantle of leadership as the President and to pilot the affairs of the country with over 45 million people.

“I will never let you down,” Zelensky told jubilant supporters after his victory.

“While I am not formally president yet, as a citizen of Ukraine I can tell all post-Soviet countries: ‘Look at us! Everything is possible!’,” Zelensky aid.

Zelensky won in all regions of the country, defeating Poroshenko even in the west where he traditionally enjoyed strong support.

While conceding defeat, Poroshenko, 53, said; “clear” and enough reason to “call my opponent and congratulate him”.

“I will leave office but I want to firmly stress — I will not quit politics,” Poroshenko said.