The middle-aged officer says that he is tired of being an officer owing to what he described as the poor welfare in the Nigerian military.

Naija News understands that the officer who claimed to have spent over six years in the military said that he was going to quit the military as his life was under threat.

This was made known in a live chat with his fellow officer (name withheld).

The officer in his revelation obtained by this online news platform said that he had been mobilized in different occasions to fight the Boko Haram terrorist group.

In his chat with his colleague, the officers revealed that Nigerian Army officers are poorly paid such that the officers cannot boast of N10,000 in their bank accounts. The officers said that their pay does not justify the stress and risk in the protection of the Nigerian territory that they are exposed to.

Read the chat between the two officers below; 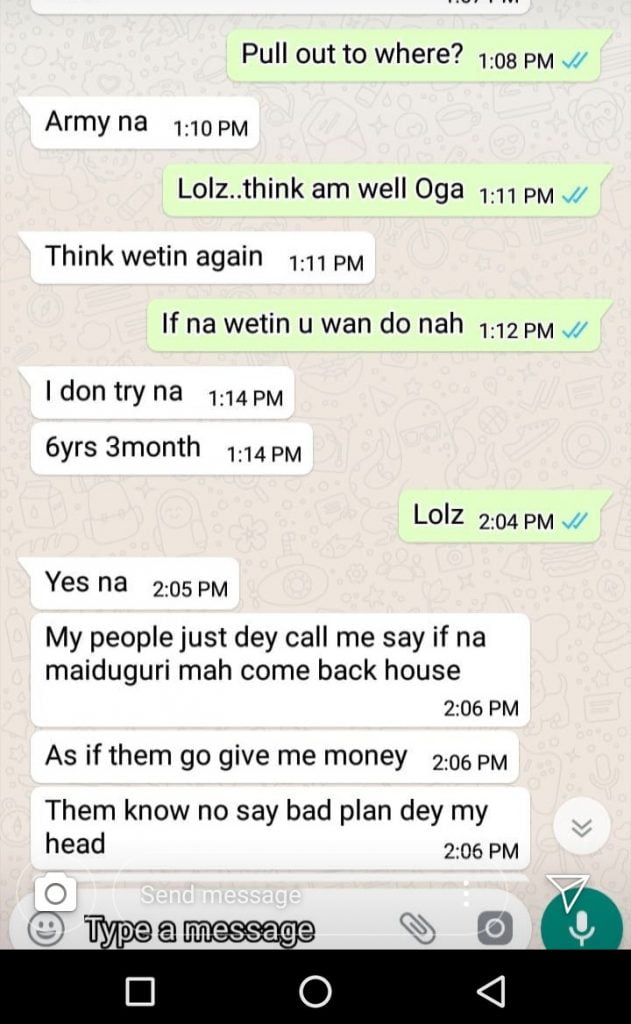 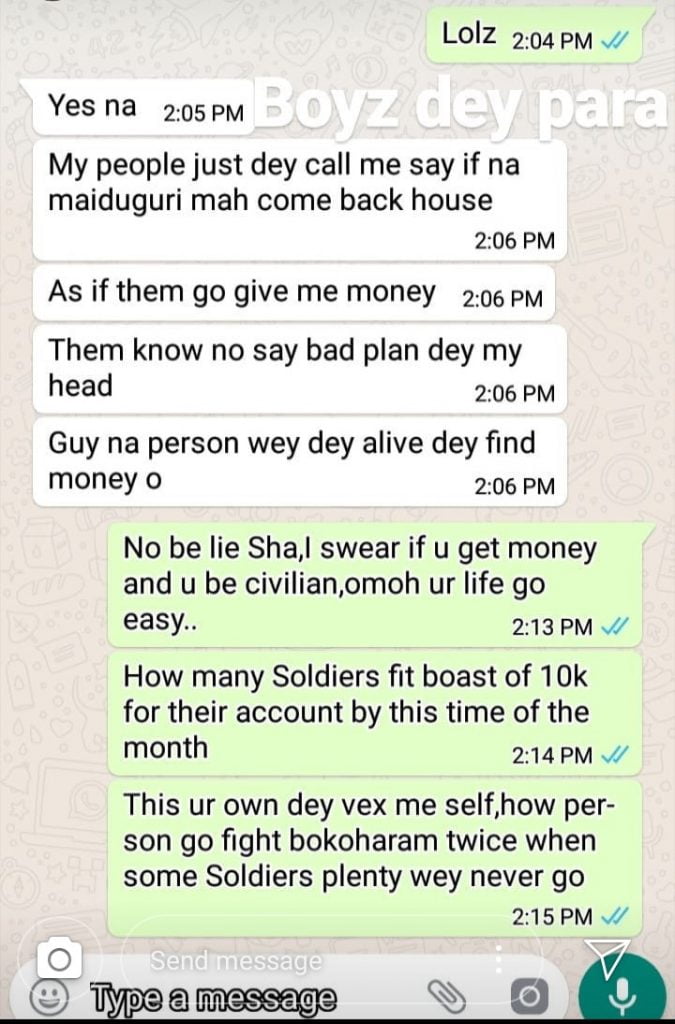