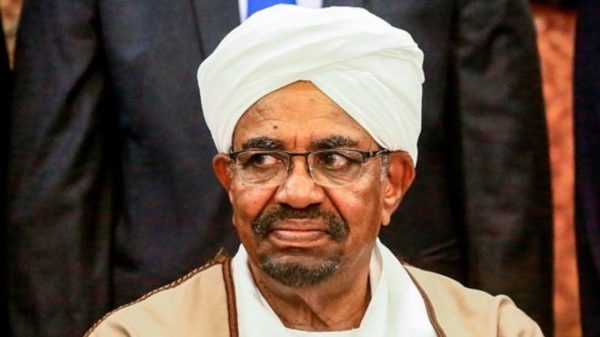 A huge sum of cash valued at about $351m has been reportedly discovered at ex-President Omar al Bashir’s former residence.

Naija News understands the anti-corruption investigators unveiled the sum at the ex President’s home in about few weeks after he was kicked out of office in a military coup.

A senior public prosecutor in Sudan, Mutasim Mahmoud, in a statement obtained by Naija News announced the seizure of $351 million, €6,7 million, and SDG 5 billion ($105 million) at the residence.

He said charges will be filed against Bashir under the foreign exchange and money laundering law and went ahead to confirmed that the cash is secure within the vaults of the Bank of Sudan.