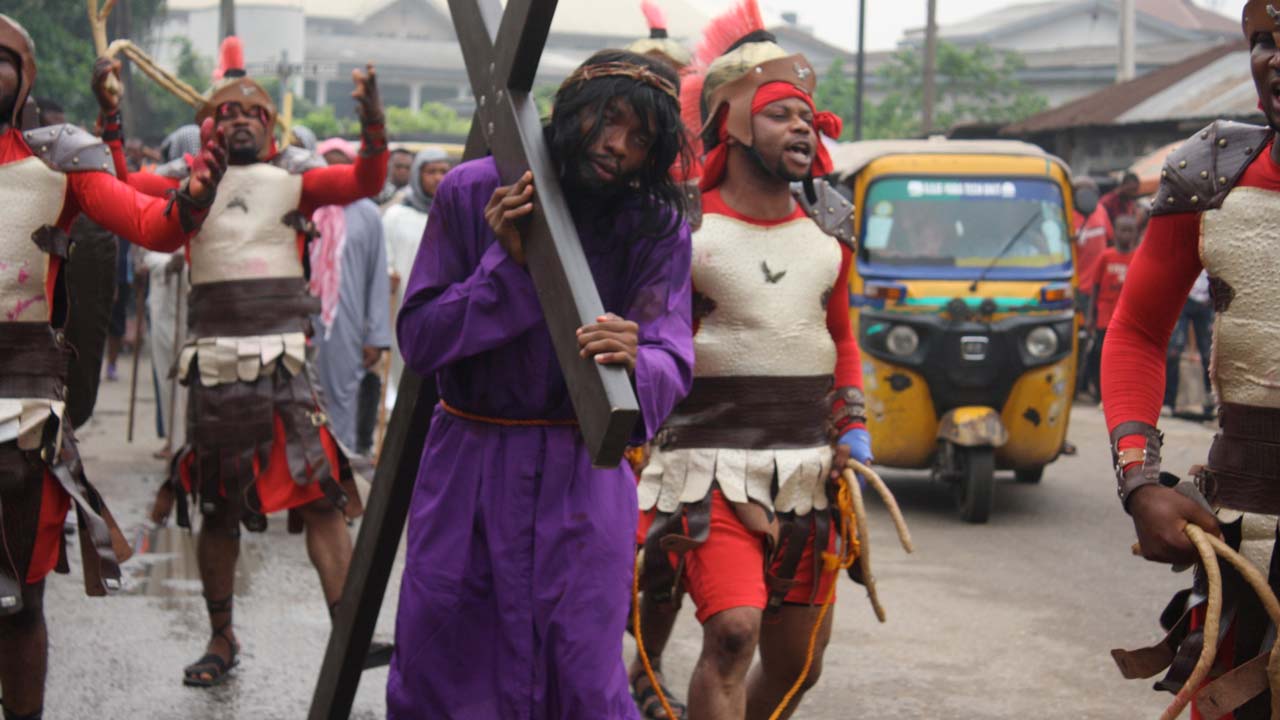 A viral video showing how wrong the celebrated Good Friday has gone in the Owode area of Oyo state, has emerged and had since been making the rounds across the social media platforms.

The video shows the moment that a middle-aged man who acted like Jesus was been flogged on the streets of Oyo state.

Naija News understands that the middle-aged man who acted as Jesus had been trekking the streets of the state with his cross on him and had his bodies receiving several lashes of floggings to commemorate the death of Jesus Christ of Nazareth who died on the cross of Calvary for the sins of mankind, a popular belief in the Christianity religion.

But trouble broke and the commemoration of Good Friday went wrong when the ‘illustrated Jesus’ could no longer bear the sufferings and floggings and attempted to take to his hills.

The actor Jesus said he could no longer bear the pains and sufferings inflicted on him, the sufferings that were reported not to be valued close to an inch of what Jesus Christ of Nazareth suffered on the cross of Calvary.

To celebrate good Friday, striking ceremonies have been taking place around the world as many Christians marked Good Friday on Friday, April 19, 2019.

According to the beliefs of the Bible, Jesus died on the cross on Good Friday and was resurrected on Easter Sunday.

Images show people taking part in processions and re-enactments of Jesus Christ’s last journey before he was crucified.