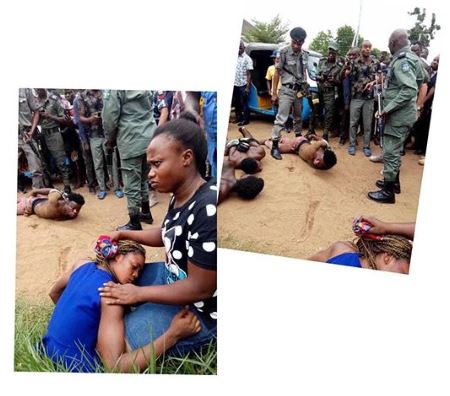 Operatives of the Delta state police command on Thursday rescued a lady from the hands of kidnappers who allegedly kidnapped their victim for the purpose of using her for rituals.

The middle-aged Nigerian Lady was rescued around the Adana in Delta.

Naija News understands that the lady was said to be returning from Ogbegonogo market when she boarded the tricycle of the kidnappers.

Two other gang members later joined her from both sides, leaving her in the middle and rode off.

The alleged kidnappers were arrested after the lady raised an alarm that attracted the attention of some Police officers who rescued her.

This News platform understands that the Lady raised the alarm after the tricycle rider passed her bustop while she screamed for help that got the attention of the officers.

This is coming after several clamours against the brutality of some police operatives and the killings of innocent Nigerians by these uniform men.