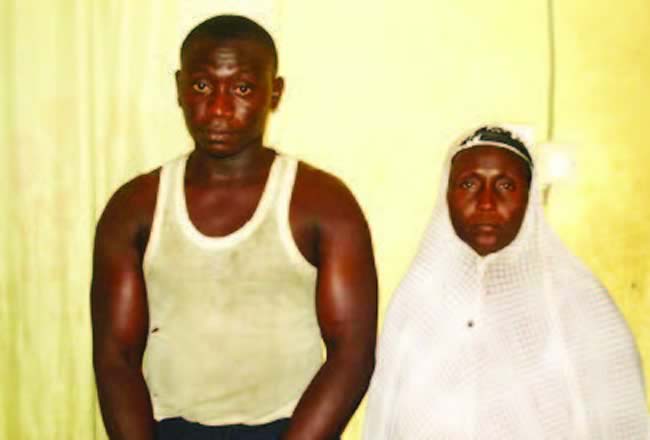 A 50–year-old housewife, Hafsat Aliyu and her son, Babangida Usman, have been arrested by the Police in Niger State for allegedly beating one Ali Haruna to death.

The incident occurred on April 13, 2019, behind Shango Primary School in Chanchaga Local Government Area of the state.

Punch reports that Usman and his mother attacked the deceased during a disagreement, noting that his father was fond of assaulting his mother.

According to him, he merely attempted to protect his mother from the father’s wrath when he slumped and died.

He stated, “My mother was not safe with my father because of his temperament. Every day, there would be issues that would escalate to a fight. I never knew he would die, I was only protecting my mother.”

Confirming the incident, The Police Public Relations Officer, Mohammad Abubakar, said that the suspects admitted to the crime.

Abubakar said Usman and his mother inflicted injuries on the deceased, who died while being taken to Ibrahim Badamasi Babangida Specialist Hospital for treatment, adding that the suspects would be charged to court after investigation.