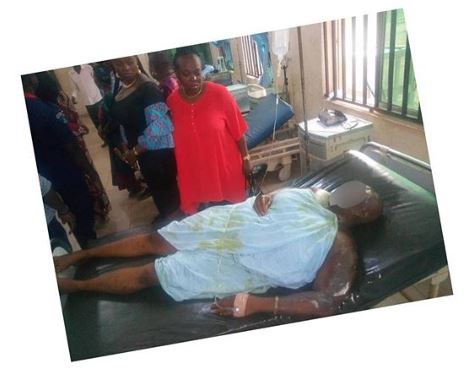 Onyeachonam Chinwuba has emptied a container of content containing acid on his wife, Anurika, for demanding for divorce in Awka, the Anambra State capital.

The State’s Commissioner for Women Affairs, Ndidi Mezue made this known in a report obtained by Naija News on Wednesday.

Ndidi Mezue said the victim and her husband had visited the ministry on Tuesday, April 16 where the victim requested for a divorce over the questionable character of her husband, Onyeachonam Chinwuba.

Naija News understands that the couple was seated and counselled after which they were discharged thinking that the differences had been resolved but only to be shocked with the news that Onyeachonam Chinwuba had attacked his wife with acid broke out.

The acid attack caused a serious burn on the face of the victim down to her body.

She was rushed to the Chukwuemeka Odumegwu Ojukwu University Teaching Hospital in the state while her husband had since been handed over to the police.