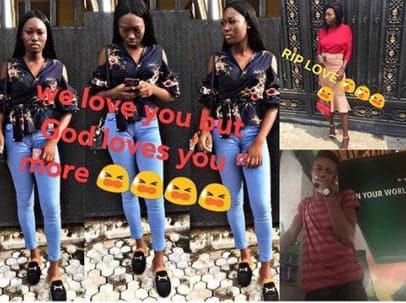 A 100 level student of the Kogi State University in Anyingba, Rebecca Michael, on Wednesday, committed suicide shortly after her boyfriend broke up with her.

Naija News understands that the diseased consumed a poisonous substance at her hostel in Anyingba, after a prominent DJ, Caleb Abalaka popularly known as DJ Aka, told her that he was no longer interested in their relationship.

Haven consumed the poison, Rebecca was rushed to the Federal Medical Centre after she was discovered by her friends and hostel mates to be under the influence of the poison.

She but she later gave up the ghost shortly after she arrived the hospital and had since been buried at Lokongoma cemetery.