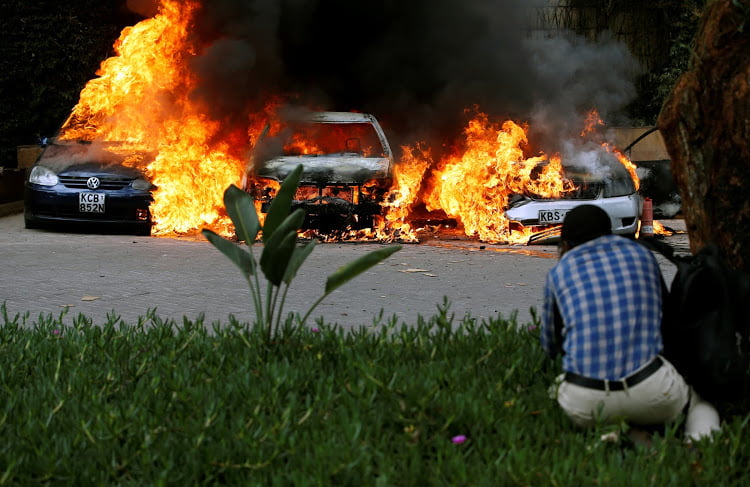 Two persons have been confirmed dead while several others have been left injured after a tanker laden with petrol on Thursday fell and caught fire at Iwo road area of Ibadan.

Naija News understands that the inferno occurred around 3:00 pm in the Iwo road area of Ibadan and burnt four vehicles in the incident.

A source who witnessed the scene said that a victim of the inferno was seen trying to save the life of his wife and kid.

The husband was seen untieing his daughter from the back of his wife to save them but the wife, unfortunately, got trapped and died in the inferno.