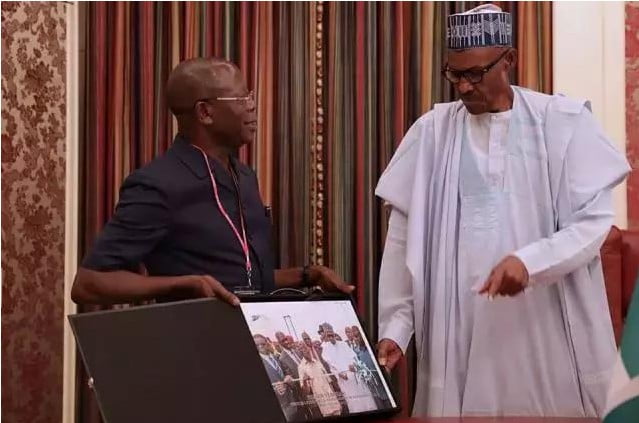 The National Chairman of the All Progressives Congress (APC), Adams Oshiohmole, has vowed that the party will not share vital National Assembly leadership positions with the opposition.

According to Oshiomhole, the party will not repeat the mistakes of 2015 in 2019 as regards the election of leaders for the ninth National Assembly.

The News Agency of Nigeria reports Oshiohmole made this position known at a dinner hosted by President Muhammadu Buhari for House of Representatives Members-elect on the APC platform at the State House old Banquet hall, Abuja, on Tuesday night.

“In life mistakes are permitted but it becomes a problem if the mistake is repeated twice.

He also added that all ‘strategic committees’ in the two chambers of NASS must be headed by members of the party, saying that ”We do not need to do business with the devil for us to survive in the ninth assembly.”

In his words,: ”Out of 223 APC elected members, about 67 were re-elected, the rest are new members.
”In other climes, you don’t go into coalition when you are in the majority, you do so when you don’t have the numbers. We have the numbers, out of 306, Nigerians elected 223 APC members because they don’t want Mr President to face the trauma of 2015.

”Most of those who decamped were rejected and even those who led it were uprooted. We cannot as a party which has a comfortable majority, entrust critical committees in the hands of the PDP or opposition.

”If Nigerians wanted them, they could have voted them. In the days of PDP, every committee was chaired by PDP members.

The APC National Chairman explained that the meeting with President Buhari was meant to fashion out the smooth election of officials of the forthcoming ninth national assembly.

”In African family, we sit down in a closed door to address issues, the good news is that there is a role for everyone,” he added.

As previously reported by Naija News, the Director-General of Femi Gbajabiamila’s campaign for Speakership, Abdulmumuni Jibril, disclosed to state house correspondents after the meeting that the APC has officially endorsed Femi Gbajabiamila as the party’s consensus candidate for the position of Speaker of the House of Representatives.

This online platform reports President Buhari had also on March 26, hosted Senators-elect on the platform of the APC to a similar dinner at the Presidential Villa.